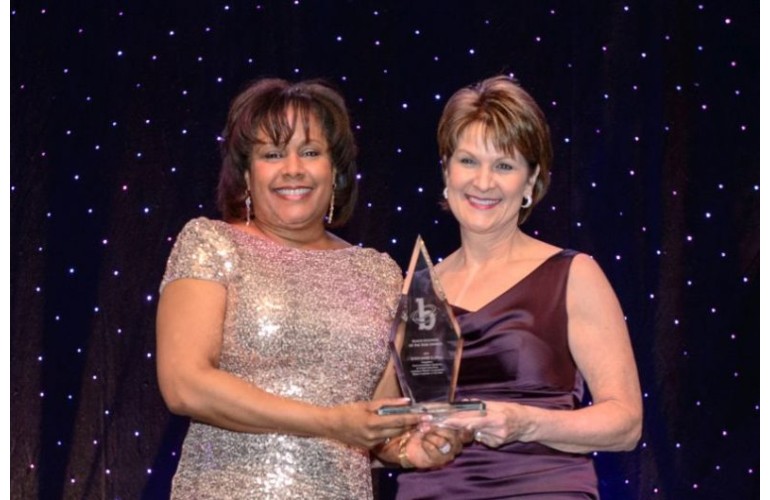 “The award has been especially meaningful because it recognizes the work we do every day to help our nation. We have been serving customers in many missions,” she explained.

“Stephanie has established herself as a leader who drives technical and business performance on behalf of her customers while strengthening and developing the next generation of leaders,” said Marillyn Hewson, chairman, president, and CEO of Lockheed Martin Corporation.

In 2014, Hill was serving as a board director for TechAmerica,  a US-based technology trade association.

She also played an active role in Lockheed Martin’s hosting of the annual USAA Science and Engineering Festival.

“There were many things for the young people to see,” she said. “ To see young girls faces light up, to see women, not just me, but other women in the field and making a difference has to be inspiring.”

After graduating with a Bachelor of Science in computer science and economics from University of Maryland, Baltimore County, Lockheed Martin Corp. brought her on board as a software engineer.

Although she regards herself as an “accidental engineer, Hill’s work with missile systems like the Navy’s Sea Sparrow earned her the “Most Promising Engineer” award at the 1993 BEYA STEM Conference.

Twenty-one years later, she was named the Black Engineer of the Year for her 27-year career leadership and commitment to promoting science, technology, engineering and mathematics (STEM) education.

Which brought us to hot topics about minorities in tech, and the women who have won the prestigious Black Engineer of the Year Award.

“Hopefully this award helps us to be more of a role model to women who really want to do this, but are not sure they can,” she said.

Trailblazing Shirley Ann Jackson, president of Rensselaer Polytechnic Institute, was the first woman to win the top award at BEYA in 2001.

“Sometimes we think, in 2014, it wouldn’t be a question that’d come up as often,” Hill said. “You talk about some of the statistics, and one of the ones most troubling to me is around girls in elementary school,” Hill said.

“Hopefully, the Black Engineer of the Year Award will all serve as an inspiration to students about the many rewarding opportunities that a career in engineering and IT can offer,” Hill said.