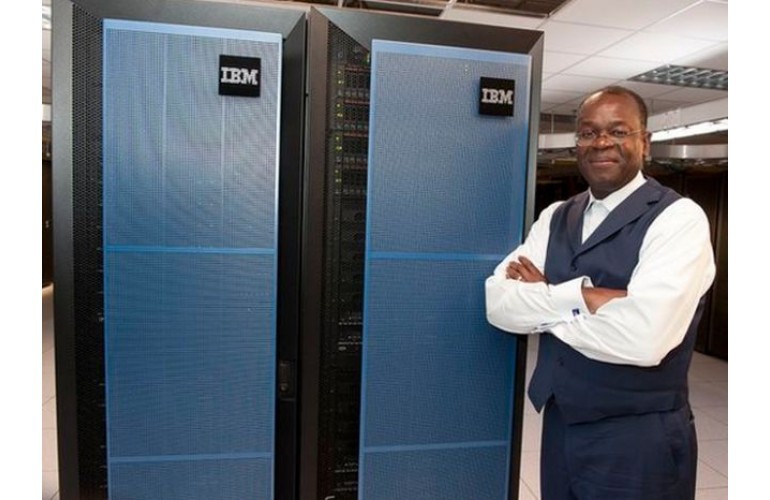 In a LinkedIn op-ed titled “Peaceful Protest: More Reflection or New Inflection?,” Rod Adkins says Americans must maintain optimism in the resiliency of the United States and the capacity to make the needed changes. Adkins, who won the 2007 Black Engineer of the Year Award, served as IBM’s senior vice president of systems and technology group before retiring in 2014.

In 2018, Adkins presented Boeing’s Verett Mims with the Rodney C. Adkins Legacy award at the BEYA STEM Conference, along with Ted Colbert, currently executive vice president of The Boeing Company and president and chief executive officer of Boeing Global Services.

The Rodney C. Adkins Legacy Award for Business Transformation carries on the legacy of the 2007 Black Engineer of the Year. In his over 30-year career with IBM, Adkins was responsible for leading continuous transformation across IBM and for all aspects of IBM’s semiconductor, server, storage, and system software businesses. In 2019, the Rodney Adkins Legacy Award went to Paul F. McKenzie, a technical specialist in the tracked combat vehicles software modernization program at General Dynamics Land Systems.

I know many of us have been affected in some way by the public demonstrations, largely peaceful, that ended up expanding around the world. We find ourselves, once again, at a critical point in our Nation’s history as we continue to absorb the nationwide protests over the death of George Floyd and other African Americans, as well as, the recent national coverage of other highly charged racial altercations. Our hearts go out to the families and loved ones who were impacted by these tragic events.

These unprecedented times are filled with fear from a global pandemic, record unemployment and ongoing challenges of economic disparity, social injustice and systemic racism, which are plaguing Black communities in a disproportionate way. I trust what we are witnessing is simply not an opportunity for us to collectively do more “reflection”, but rather, embrace a new “inflection” enabling all of us to ignite real reform and begin to heal our Nation.

Police brutality is just one of the several manifestations of systemic racism. On reflection, I couldn’t help but think about the frequent dinner table conversations my sister, brother and I would have with our parents, and the many conversations Michelle and I had with our sons, who are today fine young men. Many Black families can relate to this because these conversations were about the unwritten protocols on how to minimize the possibility of an escalating engagement with law enforcement.

These lessons continue to apply as you grow older, independent of your socioeconomic status or success in life, because the risk continues to exist that a situation can escalate into a questionable arrest, an unwarranted beating and, as we witnessed, a loss of life. Having grown up in the inner city of Miami, and with several family members who are law enforcement professionals, ranging from police on the street to corrections officers to city administrators, I know first hand how most of these stories can end. Let me be clear, we have many great police officers who understand what “protect and serve” really means, resulting in a more productive engagement with any citizen. But like many things in life, where there is good, the bad and the ugly are not far behind.

I would argue that we are now facing a well-defined inflection in America’s history. I can vividly recall how I was touched by the death of Arthur McDuffie 40 years ago, which erupted into destructive protests in Liberty City, just a few blocks from where I grew up. I can also remember the national conversations about racial and economic disparity and police use of force with Rodney King in California in 1991. And there was Eric Garner in New York in 2014 who generated more awareness about brutality when he spoke the words, “I can’t breathe.”

What I find different today is that the protests are largely peaceful and made up of racially diverse and global citizens. Protests have occurred in at least 700 U.S. cities, across all 50 states, at least 40 countries, and on all continents except Antarctica. With this movement, we are finally beginning to see more acceptance of the problems that persist in our Black communities. There is hope for when the phrase “Black Lives Matter” is used, it is not translated into thinking all other lives don’t.

As a start, we need to do three things. First, agree to use our voices and insist on higher standards for what’s right, fair and equitable. This includes dealing with the disparities associated with healthcare, housing, employment and education. Second, be open to measurable solutions that represent structural changes at the local, state and federal levels. The solutions must be defined in partnership with our affected communities. Finally, adopt national standards and policies on law enforcement accountability which fundamentally change the culture around the use of force. The focus on policing must ensure the use of proper techniques on controlling a crime situation, while eliminating the possibility of the officer becoming both judge and jury.

This is a time where reflection is not enough. Reflection is important because it allows us to educate ourselves based on past experiences and events, but as responsible citizens, we have the choice to accept this as a time of inflection. Inflection is much more about a true awakening, an acknowledgment that we must depart from the traditional course of conversation without action. We have the choice to be a part of necessary transformation and reform.

Let us maintain our optimism in the resiliency of our country and our capacity to make the needed changes. All citizens must have an equal opportunity to improve their quality of life. As I continue do my part, I will keep in mind a quote from Nelson Mandela. He said, “as long as poverty, injustice and gross inequality persist in our world, none of us can truly rest.” I long for the day when my dinner table conversations with my grandchildren do not include the unwritten protocols which were once viewed as one of the keys of life.