Passing the STEM baton on to others 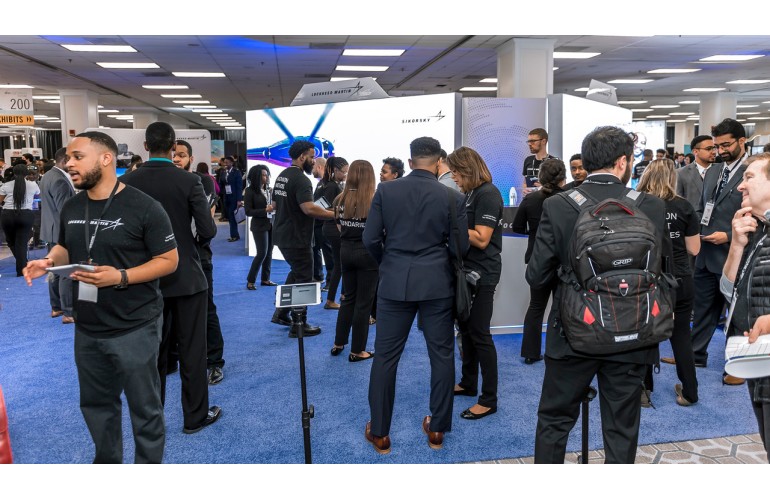 Longtime professional colleagues, Weathers and Johnson-Bey are also alumni of Baltimore Polytechnic Institute, which has been recognized for preparing young men and women for higher education and careers in science, technology, engineering, and math (STEM).

“Having benefited greatly from the wise counsel of numerous coaches and mentors himself, Cory cherishes the opportunity to pass those lessons forward through mentoring and community service,” Johnson-Bey said at the HBCU Engineering Deans event, where special recognition award winners are honored.

“I have a childhood memory of disassembling and assembling my grandmother’s broken stereo system,” Weathers said in his acceptance speech. “Even though there were extra parts left over, it worked,” he said, smiling as the audience rippled with laughter. Corey recalled how his grandma thanked him and said he’d make a great engineer one day.

Today, the systems he helps build are much more complex, and customer requirements are extremely critical. As the deputy chief engineer for Lockheed Martin’s UK Military Flying Training System (UKMFTS) program, he is credited with leading the achievement of ‘Ready for Training Use’ certifications.

UKMFTS is a flight training solution for the British Royal Air Force, Royal Navy, and Army Air Corps. Consolidating all phases of aircrew instruction for the services, UKMFTS is a partnership between the United Kingdom Ministry of Defence and Ascent—a joint venture of Babcock International and Lockheed Martin.

Weathers assumed the role of Lead Systems Engineer and successful delivery of a compelling proposal. He was later asked to assume the role of Deputy Engineering Project Manager for the U.K. Military Flying Training System program. His technical management and program execution of a multi-discipline, geographically-distributed team has made him an asset to Lockheed Martin.