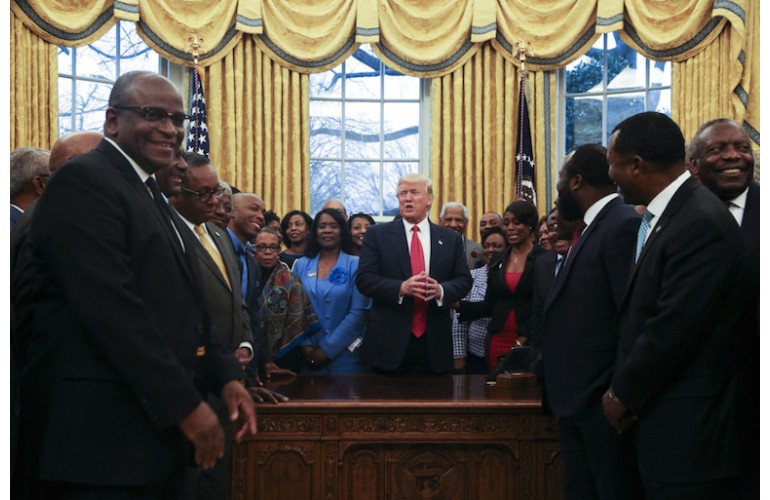 President Donald Trump said he was “thrilled” to be signing an executive order to recognize the importance of Historically Black Colleges and Universities (HBCus) at a signing in the Roosevelt Room Tuesday.

“Historically Black Colleges and Universities are incredibly important institutions, woven into the fabric of our history just about like no other,” President Trump said.

“They have played such an important role in achieving progress for African-Americans and in our nation’s march for justice. HBCUs have been really pillars of the African-American community for more than 150 years — amazing job — and a grand and enduring symbol of America at its absolute best. And I congratulate you all,” the president added.

The president also noted that HBCUs are a a priority in the White House. “We will pledge our support to you, your mission, and to our shared mission of bringing education and opportunity to all of our people,” President Trump said.