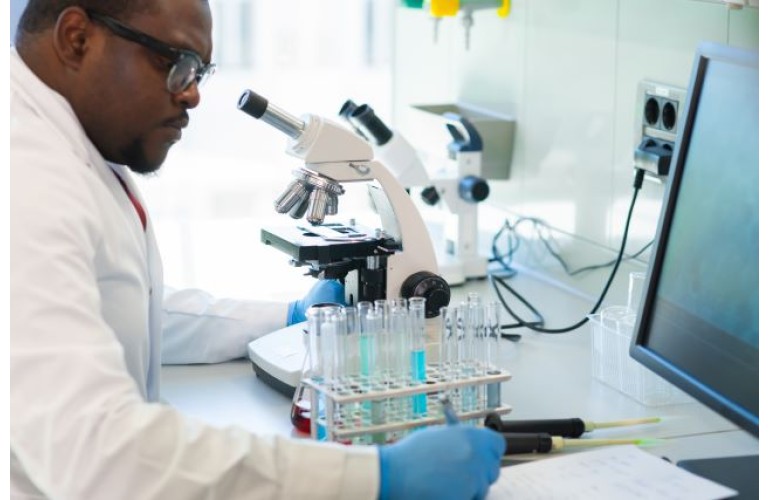 The Professional Achievement category in the Black Engineer of the Year Awards (BEYA) program honors mid-career professionals in science, technology, engineering, and math (STEM) who have made important advances in their career, and is acknowledged as a leader of large STEM initiatives.

The 2023 nominees for the Professional Achievement Award are Paige Brown, an electrical engineer who also serves as a program manager for diversity, equity, inclusion, and belonging at the Food and Drug Administration; Patrick Taylor, a branch chief at the Propulsion Test Branch of the Army Combat Capabilities Development Command (DEVCOM); Sean Bradshaw a Raytheon Technologies sustainable propulsion fellow, and Candice Smith, a director of engineering people strategy at The Boeing Company.

Both commanders praised McClain’s passion and accomplishments in federal government service. Over the past 13 years, McClain has led organizations in three major branches of the defense department.

McClain graduated from the University of Maryland, College Park with a bachelor’s degree in chemical engineering and a master’s in civil and environmental engineering.

She spent her early career working in the private sector and entered the federal civil service in 2008 as environmental coordinator for the U.S. Army, responsible for environmental media compliance programs in accordance with federal, state, and local laws, permits, policies, and regulations.

In 2011, McClain transferred to the Air Force as a program manager for the Environmental Quality Branch. She then transitioned to the Air National Guard Readiness Center at Joint Base Andrews in Maryland as an environmental planner, providing National Environmental Policy Act guidance for the center’s National Defense Authorization Act (NDAA) mission and aircraft movements.

Over a five-year period (2010-2015), she also served as an adjunct environmental science professor at American Public University.

In 2015, McClain joined the U.S. Navy’s engineering command, accepting a supervisory role as the environmental planning branch chief at the Yokosuka Naval Base in Japan. In 2017, she was appointed to her current position as installation environmental program director.

“Fourteen years later, I stand here receiving a Professional Achievement Award as a civil servant. This award should serve as an encouragement to the student confused in Engineering 101 or defeated in Organic Chemistry. Or to the employee frustrated in their work environment. Keep striving! I’ve learned that God directed my path to be exactly where I’m needed.”