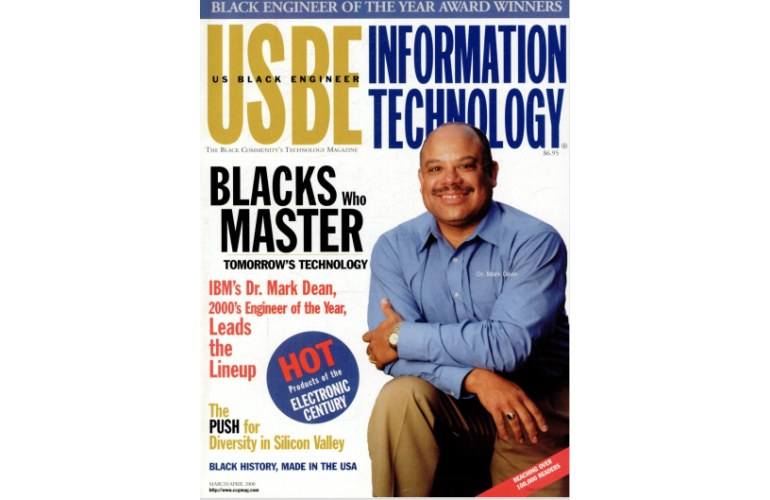 You may not have heard of Dr. Mark Dean. And you aren’t alone. But almost everything in your life has been affected by his work. See, Dr. Mark Dean is a Ph.D. from Stanford University. He is in the National Hall of Inventors. He has more than 30 patents pending. He is a vice president with IBM. Oh, yeah. And he is also the architect of the modern-day personal computer. Dr. Dean holds three of the original nine patents on the computer that all PCs are based upon. And, Dr. Mark Dean is an African American.

So how is it that we can celebrate the 20th anniversary of the IBM personal computer without hearing much about him? It certainly isn’t IBM’s doing. The mass media again are under the spotlight. Given all of the pressure they are under about negative portrayals of African Americans on television and in print, you would think it would be a slam dunk to highlight someone like Dr. Dean. Somehow, though, we have managed to miss the shot.

Although technically Dr. Dean can’t be credited with creating the computer– that is left to Alan Turing, a pioneering 20th-century English mathematician, widely considered to be the father of modern computer science — Dr. Dean rightly deserves to take a bow for the machine we use today. The computer really wasn’t practical for home or small business use until he came along, leading a team that developed the interior architecture (ISA systems bus) that enables multiple devices, such as modems and printers, to be connected to personal computers. In other words, because of Dr. Dean, the PC became a part of our daily lives.