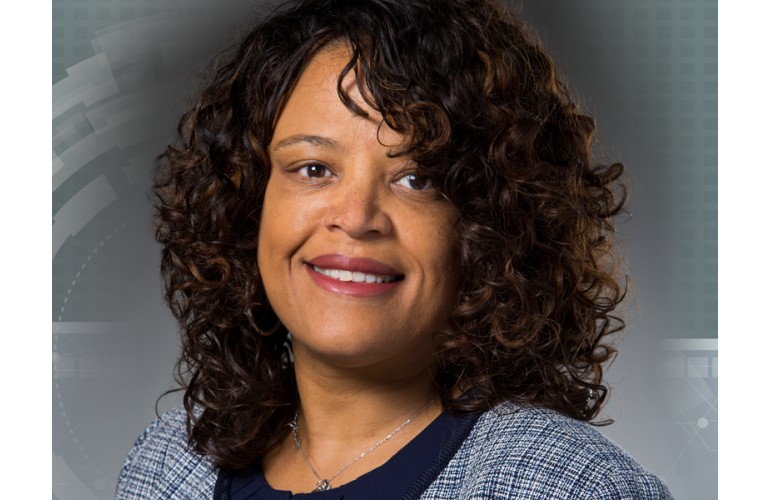 Growing up in a tough South Los Angeles neighborhood, April Sanders found the motivation that got her through school days and inspiration that has lasted a lifetime.

“Higher education will open doors of opportunity,” April said in her acceptance speech at the 2018 Black Engineer of the Year Awards (BEYA).  “These are words that I heard repeatedly as a child of a single mother and high school dropout.

“While life was a struggle in South Central Los Angeles at the height of drug trafficking and gang wars—doing homework under the dining room table to avoid stray bullets—it only increased my resolve to succeed. My mother continually emphasized God first, being greater than your circumstances, and committing to excellence in everything you do.”

BEYA Legacy Awards are named for men and women that have won the top Black Engineer of the Year Award.

The Arlington W. Carter Legacy Award is named for the 1990 Black Engineer of the Year.

After a brief spell in the Korean Peninsula serving as a weather forecaster in the Air Force, Art Carter spent 30 years at The Boeing Company achieving career milestones in aviation and aerospace. Carter retired as the general manager of Boeing’s missile systems division, where he was responsible for space technology and cruise missile programs.

April joined Raytheon in 1987, three years before Carter was named Black Engineer of the Year.

During her 30-year career with Raytheon, April has held leadership roles in Defense Advanced Research Projects Administration programs and research projects. Her accomplishments include crafting strategies, securing R&D funding, and bringing in new business. Sanders has a patent (pending) for a point-to-point communications system.

April,
Congratulations on your BEYA. My experience working at Raytheon and supporting your team I was impressed. The award without a doubt is earned for your excellent works.
God Bless You ☆☆☆☆☆

Congratulations April.
Proud to be one of your peers and I look forward to continuing to support your efforts in the future.

Great job! With Christ All Things are possible.

Congrats. I am so happy to see women being recognized at Raytheon.
I have spent 30+ years as a female engineer in the defense industry.
You do not see a lot of women succeeding.
Good for you and even better for those you have inspired.