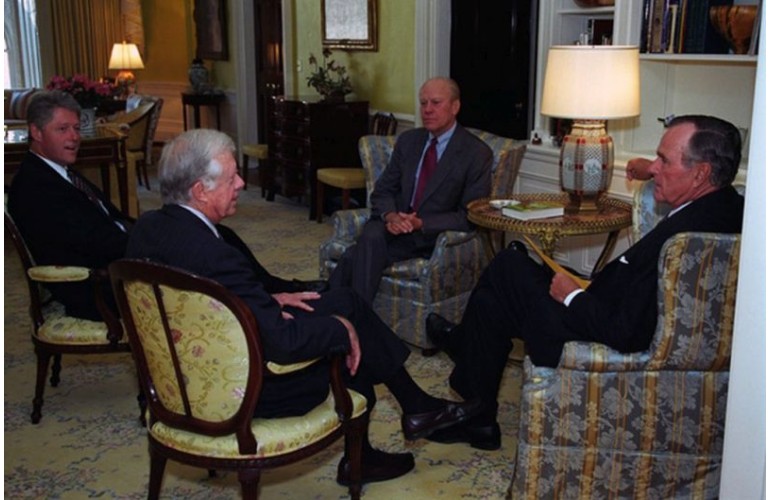 “We appreciate the support President Bush gave us at the Black Engineer of the Year Conference. May he rest in peace and may the nation find comfort in such a distinguished American leader,” wrote BEYA co-founder and Career Communications Group CEO Tyrone Taborn.

Read President Bush’s letter that captured the forward-looking spirit of the 1990s.

“I am delighted to send greetings to all those gathered in Baltimore for the Fifth Annual Black Engineer of the Year Awards Program. My special congratulations to this year’s honorees.”

“Our Nation’s engineers, scientists, and technicians have played a leading role in helping the United States to maintain a strong and resilient economy. In fact, America’s ability to excel in the international marketplace is due, in large part, to the remarkable skill and ingenuity of our engineers and scientists.

“To build on that success–and to promote the educational and economic advancement of minorities–government officials, educators, business and community leaders, and parents must continue their efforts to improve our schools and occupational training facilities. We have all seen the inspiring results that occur when our Minority students are encouraged to explore the fascinating world of science. I commend the gifted Black engineers who are being honored for their outstanding achievements–they are a source of pride for all of us.

“Barbara joins me in sending best wishes for an enjoyable evening. God bless you.”

Photograph from the National Archives of President William J. Clinton meeting with Former Presidents Gerald Ford, George H.W. Bush, and Jimmy Carter to discuss the North American Free Trade Agreement (NAFTA) in the private residence of the White House. The image was photographed by Ralph Alswang.