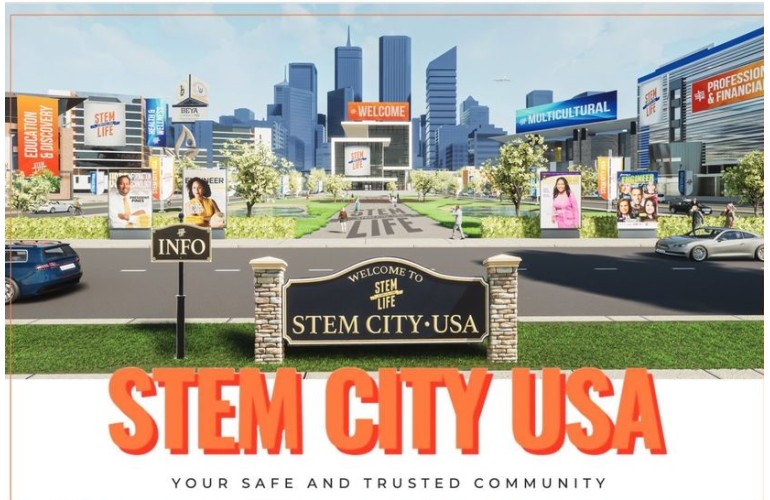 “The deal is done,” wrote Dr. Hathaway in an email to STEM City USA President Tyrone Taborn, who is also publisher and CEO of Career Communications Group. “We just need to connect your [STEM City USA] team with my architect to design Stem City Baltimore into the project. Construction will commence on Saturday, July 2nd,” Hathaway said.

On April 1, WJZ reported that Sens. Ben Cardin and Chris Van Hollen appeared in West Baltimore to tout $1.5 million in federal funding for community projects, including plans to turn a formerly segregated school that U.S. Supreme Court Justice Thurgood Marshall attended as a child into a community hub and legal center.

According to WJZ,  Dr. Hathaway Sr. said the funding would allow organizers to break ground on July 2, Marshall’s birthday. The new $12.5 million, 22,068 square foot LEED Gold building will be curated into The Justice Thurgood Marshall Amenity Center at PS 103, which will honor the legacy of Justice Thurgood Marshall and other civil rights leaders, who called Upton home while also providing needed community services, resources, and education in the historically underserved community.

Founded and powered by Career Communications Group, STEM City USA and its sister city in Chicago build upon the best practices and content of the Black Engineer of the Year Awards (BEYA) and Women of Color in Technology conferences, both of which operate in digital twin environments.

The Justice Thurgood Marshall Amenity Center will be a pillar of the space through the anchor tenant, the University of Maryland’s Judge Alexander Williams, Jr. Center for Education, Justice, and Ethics.

A speaker series, ethics training, and applied social justice research will transform the space into a forum where solutions addressing Baltimore’s systemic challenges can be pushed forward.

Also planned are community services and programming, including workforce development programming in partnership with the Maryland Aviation Administration, and an interpretive museum and exhibit space honoring civil rights leaders who have ties to the Upton community, including Justice Thurgood Marshall and Walter Sondheim.

It will also display a re-creation of the campaign office of the late Honorable Elijah E. Cummings using campaign materials bequeathed to the sponsor. A historic classroom will also be restored to its original condition.