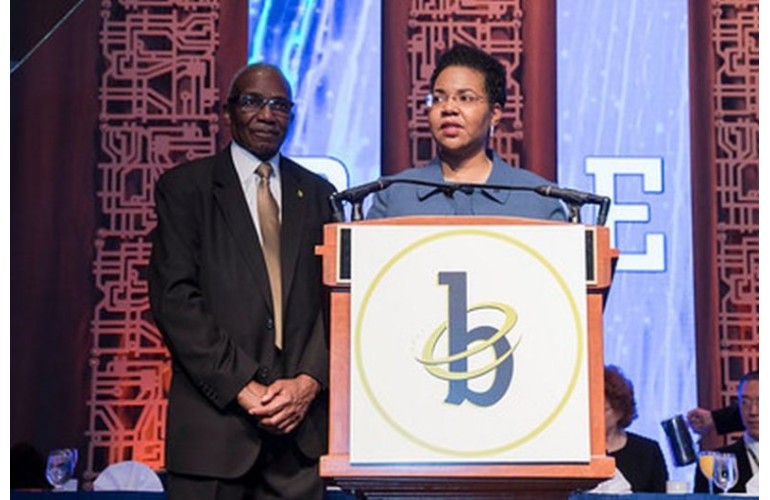 There are 368 engineering colleges in the United States and as of January 2017, only 57  had female engineering deans.

According to the American Society of Engineering Education, females are underrepresented in engineering leadership roles.

Robin Coger is one of the few women engineering leaders.

She is dean of the College of Engineering & Professor of Mechanical Engineering, North Carolina Agricultural, and Technical State University.

Prior to joining A&T’s faculty in 2011, Coger served as founder and director of the Center for Biomedical Engineering and Science.

She was also a professor in the Department of Mechanical Engineering and Engineering Science at the University of North Carolina, Charlotte.

Her career at UNC Charlotte spanned over 15 years, where she served as an educator, researcher, and administrator.

Dr. Coger’s research expertise is in solving design and performance problems related to tissue engineered organs, with special emphasis on liver replacement devices and their safe storage for off-the-shelf availability.

Her work has been supported by grants from the National Institutes of Health, the National Science Foundation, and the Whitaker Foundation; and has resulted in numerous publications on liver tissue engineering, one patent, and two patent applications.

Dr. Coger has been awarded for her excellence in research, teaching, and mentoring over her career, and is actively engaged in collaborations that advance faculty, innovative ventures, and student competitiveness.

Coger is a member of the Executive Council of InnovateGSO, which is part of a cross-city initiative that engages 5 cities in North Carolina focused on expanding the innovation economy across the state.

Coger’s focus at North Carolina A&T ranges from advancing the global preparedness of students, highlighting the research of graduate students, to enhancing the innovation climate across the university.

She also sits on the Board of Directors of FIRST – an organization founded to inspire the interest and participation of young people in engineering, science, and technology.

North Carolina Agricultural and Technical State University serves as the North Carolina Operational Partner for FIRST Lego League and FIRST Tech Challenge and manages all state competitions for both programs.

Coger earned a Bachelor of Science from Cornell University, and her Master of Science and Doctoral degrees from the University of California – Berkeley, all in Mechanical Engineering.

She also completed her post-doctoral research as a fellow at Harvard Medical School and the Department of Surgery at Massachusetts General Hospital in Boston.