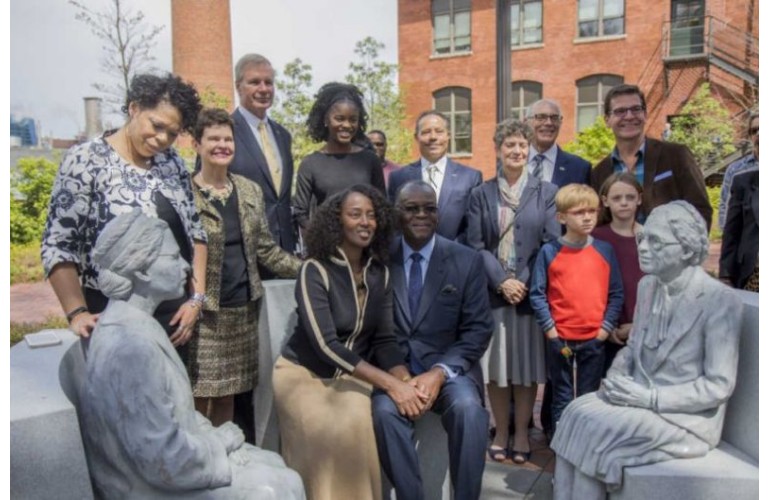 A sculpture depicting Rosa Parks at two different moments was unveiled recently at the Georgia Institute of Technology.

The 2007 Black Engineer of the Year, Rod Adkins, and his wife Michelle Adkins, both Georgia Tech alumni, made a private donation for the statue. (Photo by Casey Gomez).

“It felt right. It felt like it integrated all of the things we stand for,” Rod Adkins told GA Tech before the unveiling.

“It’s important to stand up for what you believe in,” Michelle Adkins added. “I think that’s something that Tech students and the Atlanta community — all people in general — can take a lesson from.”

Leah Miller, president of the African American Student Union, third-year BA, said that like most of her peers she was “two generations removed from the civil rights movement” but she hoped new generations will continue the conversation.

The installation, called “Continuing the Conversation,” depict Parks at age 42 — the year her courageous act helped launch the Montgomery bus boycott — and at age 92, the year she died. They sit across from each other, an empty seat between them, inviting passersby to join in.

Atlanta sculptor Martin Dawe told Georgia Tech’s campus newspaper that the granite in the sculpture was carved in Georgia by a machine run by a computer.