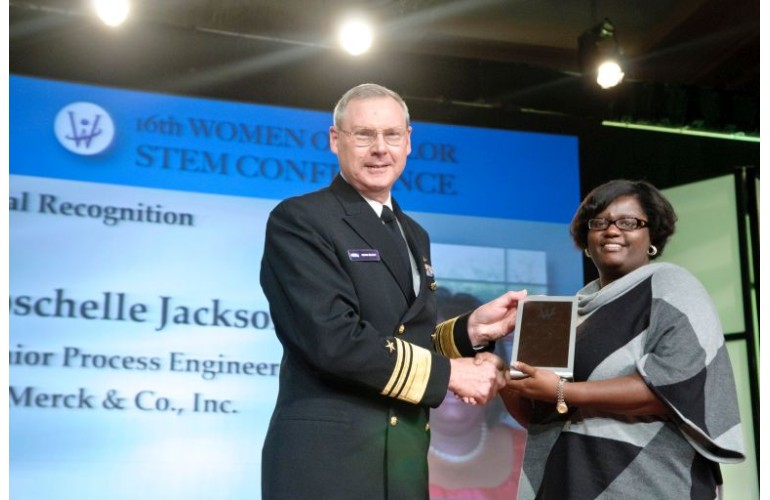 O ver the past decade, Merck has invested more than a billion dollars in their manufacturing facilities in the U.S. One of those facilities was stood up by Merck engineer Roschelle L. Jackson.

Merck was proud to salute Ms. Jackson for her role as global distribution and logistics coach at the 2011 Women of Color Conference. She won a Special Recognition Award for process support in bulk pharmaceutical ingredient and vaccine manufacturing at the Merck Vaccine Plant in Durham, N.C.

In 2006, Jackson was vaccine technology, engineering and biological process technology senior process engineer at the Merck Vaccine Plant. She assisted with the Food and Drug Administration inspection and license of the facility. When completed the $900 million plant had 900 workers.

With Merck since 1997, Jackson has served as both a quality operation chemist and engineer. She has led transfers of quality standard and in-process tests, training of chemists in synthetic methods, and provided engineering and chemistry support for the outsourcing of active pharmaceutical ingredients.

Over her four years at Savannah State, she served in the 165th Georgia Air National Guard.

At the 2011 Women of Color Conference, a commanding officer from the Guard presented her award.