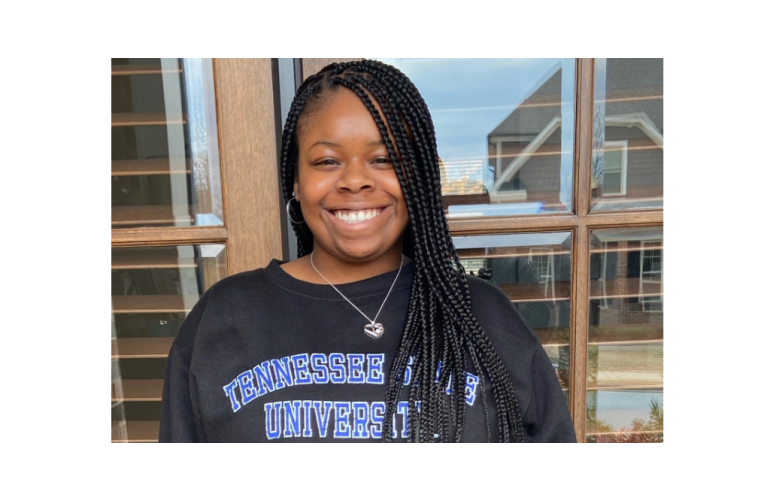 Tennessee State University News Service announced last week that three computer science and engineering students have been selected to participate in the inaugural class of Apple’s Engineering & Innovation program. According to the Thurgood Marshall College Fund (TMCF), 43 Apple Scholars in all were selected from engineering programs at publicly supported historically Black colleges and universities and predominantly Black institutions.

Derrion Boyce is a first-generation college student and rising senior majoring in electrical engineering. He told TSU News Service that the Apple HBCU Scholars award allows him to have a seamless journey to graduation.

Ashleigh Thomas (photo inset) is a computer science major. She said that the opportunity has motivated her to finish strong. Rising junior Tenille Cochran, who is an architectural engineering major, said the opportunity will help broaden her perspective regarding personal and professional development.

The Apple Engineering & Innovation Program is an initiative designed to equip the next generation of Black tech leaders through financial assistance, access to training and professional development experiences, and real-world skill application.

The program will also allow scholars to participate in sessions led by Apple executives and industry leaders, according to a report from TMCF. Apple Engineering & Innovation Scholars will also have opportunities to secure internships and full-time employment after graduation.

Thomas told TSU that a 2019 internship at General Motors and his senior capstone project helped him land the amazing opportunity. Aliyah Muhammad accepted a job offer as a software developer for Bank of America. Muhammad received a degree in computer science and is relocating for her new job this June.

The first-generation college graduate accepted the job in December and told TSU News Service that the Tennessee Louis Stokes Alliance for Minority Participation (TLSAMP) program assisted her on the journey.

In just a few weeks, Amiya Ingram will be moving to Seattle, Washington, to start her new position as a program manager with Microsoft. She will be working in the marketing and advertising artificial intelligence (AI) team. Ingram served as president of the National Society of Black Engineers at TSU and earned a bachelor’s degree in computer science.