The STEM City USA Holiday Book: Metaquake USA: What the Metaverse Is and How It Will Shape Your Future 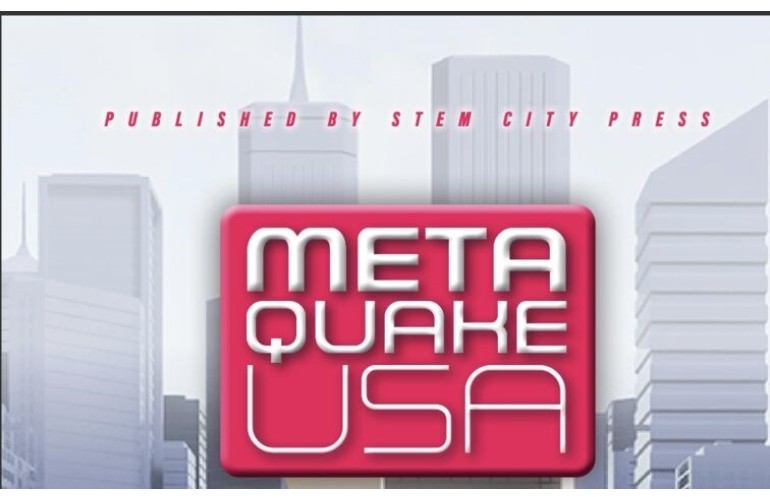 Recently, Tyrone Taborn launched his latest book in STEM City USA.  Metaquake USA: What the Metaverse Is and How It Will Shape Your Future incorporates the views of some of the people behind the internet revolution. They include Mark Dean, Melvin Greer, Chris Jones, Colin Parris, Joseph Saulter, and Kevin Kornegay. Metaquake is now available online at Amazon

Their stories provide insights into the technologies that power the metaverse, such as augmented reality (AR) and virtual reality (VR), gaming, cryptocurrencies, and blockchain, which allow for the ownership of virtual objects in the STEM City USA metaverse.

“This book started on the STEM City USA metaverse platform with virtual interviews recorded for my Metaquake USA talk series,”  Taborn writes. “We wanted our first book about the metaverse to start in the metaverse while showing the endless capabilities to network virtually with a focus on social connection.”

In this book, which builds on his technology chapter in the 2006 New York Times bestseller compiled by Tavis Smiley, Taborn argues that people of color have been losers in every industrial age.

In the foreword, H. Russell Frisby Jr., an expert on the regulatory and corporate issues that arise as energy and telecommunications industries change, recounts how the Federal Communications Commission (FCC) was encouraged to get Black people involved in telecommunications 30-plus years ago.

“The conference focused on opportunities in the long-distance resale and cellular markets because the barriers to entry were low at that point—everyone was on equal footing starting at ground zero,” he wrote.

Sadly, there were many missed significant opportunities during the first and second generations of the telecom revolution as Black-owned businesses concentrated in healthcare and social assistance, transportation, and warehousing industries.

Nonetheless, Taborn is sure that as new paths rise in metaverse development, minorities are poised to seize the day in Web3, which encompasses the metaverse, VR, AR, and digital assets like cryptocurrency and non-fungible tokens (NFTs).

Currently, 66.1 percent of computer scientists are white, 25 percent are Asian, and 1 percent are Black or African-American.

“As another era-changing technology emerges, Ty Taborn highlights the contributions and lessons of the past for minorities and shows a path for minority advancements in the emerging future,” said Colin Parris, senior vice president, and chief technology officer of GE Digital.

Ted Childs, principal of Ted Childs LLC, describes Metaquake as a 21st-century opportunity to defeat the digital divide using a metaverse such as STEM City USA.

According to a recent Equal Employment Opportunity Commission (EEOC) report, white males dominate private high-tech industries. One study found that in Silicon Valley tech firms, 57 percent of employees were white, 36 percent were Asian-American, 1.6 percent were Hispanic, and less than 1 percent were African-American.

With his latest collaboration, Metaquake USA, author Taborn highlights successes, challenges, and lessons learned for Blacks in tech. Each chapter of the book includes the significant contributions of award-winning Black computer scientists, engineers, and technologists.

“For the half-century I have known Tyrone Taborn, he has led a life of extraordinary dedication to bridging gaps of race and inequality. He now stakes out a much-needed critical new agenda for a rapidly changing technological world,” writes Daniel Hirsch, president of the Committee to Bridge the Gap and retired program director of environmental and nuclear policy at the University of California at Santa Cruz.