The Tragic Death of an HBCU alum and Environmental Engineering Maven 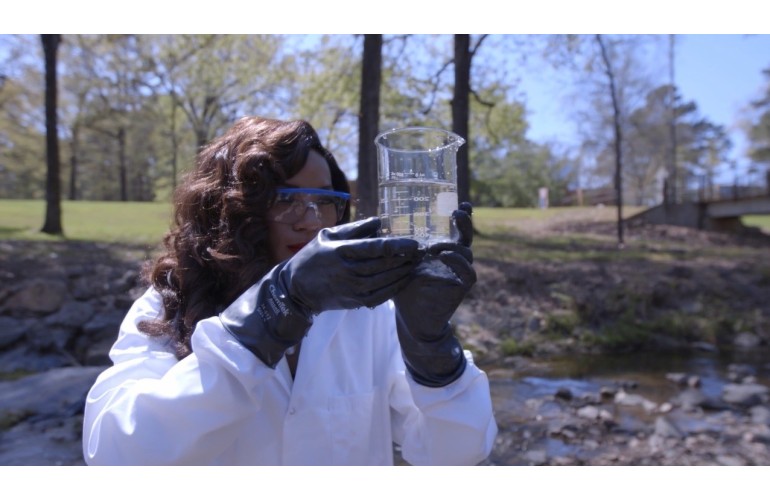 Lashun Thomas was the program coordinator for the environmental engineering program at the University of Arkansas at Little Rock when she first reached out to US Black Engineer magazine.

At the time, the program at UALR was the only undergraduate program in the state of Arkansas and one of only 70 in the United States.

“I am one of the few women of color here in the US that oversee such programs,” she said in her email.

“My research interests are aimed at better understanding the fate and transport of contaminants in groundwater systems,” she said.

Prior to joining the faculty in the Department of Construction Management & Civil and Construction Engineering at UALR in 2014, she was an assistant professor in the Department of Civil and Environmental Engineering at Syracuse University, New York. Before that, she worked as a hydrologist with the U.S. Geological Survey, which serves the nation by providing reliable scientific information to minimize loss of life and property from natural disasters, manage water, biological, energy, and mineral resources; and enhance and protect our quality of life.

“I grew up on a farm in a low-income and socio-economically depressed area in Arkansas and attended a high school graduating class of less than 40 students,” Dr. Thomas said. “Since a very early age, I have always had a keen interest in improving water quality. Through my research efforts, I have the opportunity to be involved in environmental projects that have addressed a wide range of groundwater contamination concerns at sites across the country.”

On March 7, High-Tech Sunday hosted engineering maven, Dr. Lashun Massey. She was serving as a project manager for research in the School of Engineering and Computer Science at the University of Texas at Dallas and running her own engineering firm, the Lashun King Environmental Group, PLLC.

A longtime promoter of environmental engineering education in under-served and minority communities, Dr. Massey recently authored a book, “The Face of the New Engineer” to help motivate and inspire students to pursue engineering careers. She was featured in a chapter in the book “A Career in Environmental Engineering” written by Stuart A. Kallen.

High-Tech Sunday’s weekly program is produced by Career Communications Group for thought leaders, students, and professionals in the science, technology, engineering, and math (STEM) community, to bring a concentrated discussion around technological advancements and achievements based on universal moral principles.

As an academic and industry leader, Dr. Massey demonstrated a commitment to promoting scholarly exchange and the pursuit of communication on the state, national, and international levels. Recently, she was appointed to serve on the Arkansas Drinking Water Advisory and Operator Licensing Committee that advises the Arkansas Department of Health on drinking water issues throughout the state.