Think Outside the Box with Northrop Grumman’s Kimberly Cross 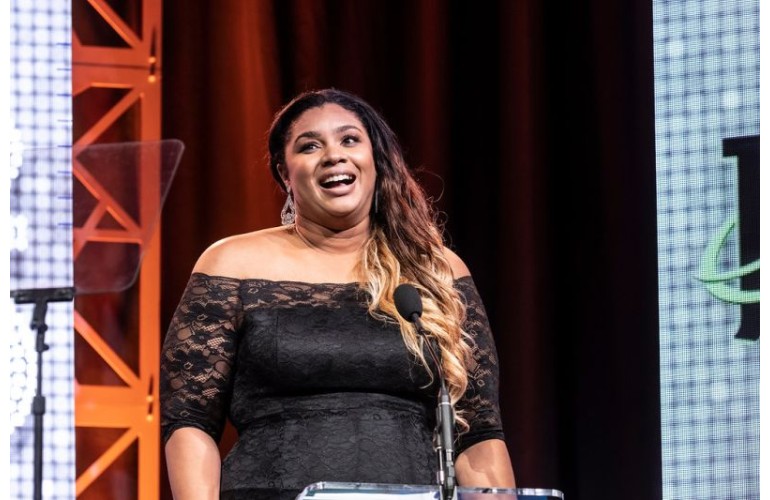 Kimberly  Cross, a manager of systems survivability engineering in Aerospace Systems, has made a mark on various technologies and aerospace platforms.  She earned a bachelor’s degree in chemical engineering from the University of California Riverside, and a master’s and a doctorate in chemical engineering from University of California Los Angeles (UCLA). Currently, she is leading an effort for integration of test models, collaborating with engineering and technicians in her organization.

“I entered high school at thirteen standing at 5’9” (5-9), but all the teachers and students were asking ‘Are you going to be on the basketball team? At seventeen, I stood proudly at 6’1” (6-1) with more people interested in whether I could dunk than what I was about to major in,” Cross said in her speech.

“At 22, I was a UCLA graduate student carrying all these heavy binders and books on thermal dynamics. And people kept saying, ‘I know for a fact that you’re on the UCLA basketball team.’ I am known for my height…However, now I’m known as the Ph.D. who’s advancing stealth technology that happens to be tall,” she said at the BEYA Gala.

Cross is the first black woman to obtain a Ph.D. from the Department of Chemical and Biomolecular Engineering at UCLA, and part of the one percent of African American women who have a Ph.D. in engineering.

Overall, the relative share of doctorates in engineering fields is growing. Women earned about 24.9 percent of the 2017 doctorates awarded in engineering. Less than one percent are African American women. (2017 Doctorate Recipients from U.S. Universities, NSF). As researchers expand their understanding of the world, new fields of study emerge and existing fields change, the NSF said in the report.

As the advisory board chairperson of the western region of the National Society of Black Engineers (NSBE), Dr. Cross gives back through participation in activities that help expose students to science, technology, engineering, and math (STEM) fields.

Brian M. Mahoney, vice president of global manufacturing at Northrop Grumman Aerospace Systems, presented Dr. Cross with one of 2019’s “Most Promising Engineer in Industry” awards at the BEYA STEM Conference in February. The category award is given to early-career professionals who demonstrate a potential for future technical contributions.