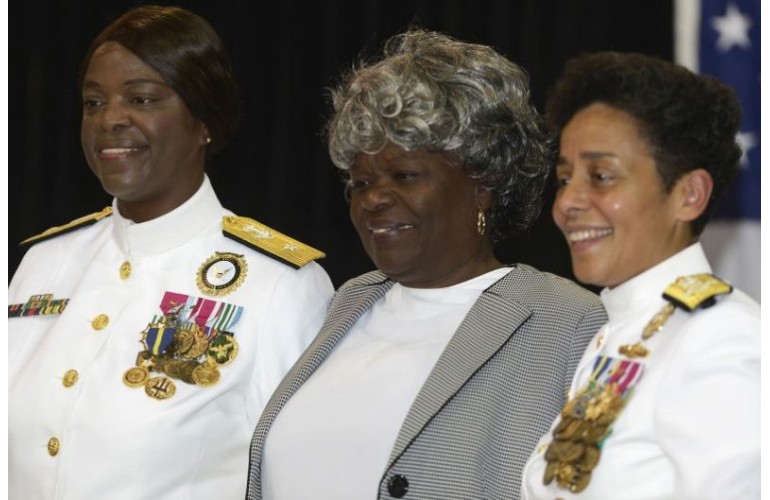 Navy photographer Chris Desmond’s 2015 photograph is an iconic image of women in military service for America.

Howard, Andrews, and Fishburne are the first three African American female admirals in the Navy.

In her inspirational talk at Dahlgren, Andrews spoke about the courage of leaders like  Lt. Cmdr. Darlene Iskra – the first female to command a commissioned Navy vessel, aviation pioneer Bessie Coleman, and Adm. Michelle Howard, the first African American woman to command a U.S. naval warship.

“Let us carry the torch into the next generation,” said Andrews. “Whether you’re in uniform or out of uniform. Many of you out there can be honored just like these pioneer women for breaking down barriers that might be standing in your way.”

Howard,  the first woman in history to be promoted a four-star admiral by the U.S. Navy, retired in 2017.  Fishburne, the first African American woman to become a Rear Admiral in the Navy in 1998, retired in 2001.