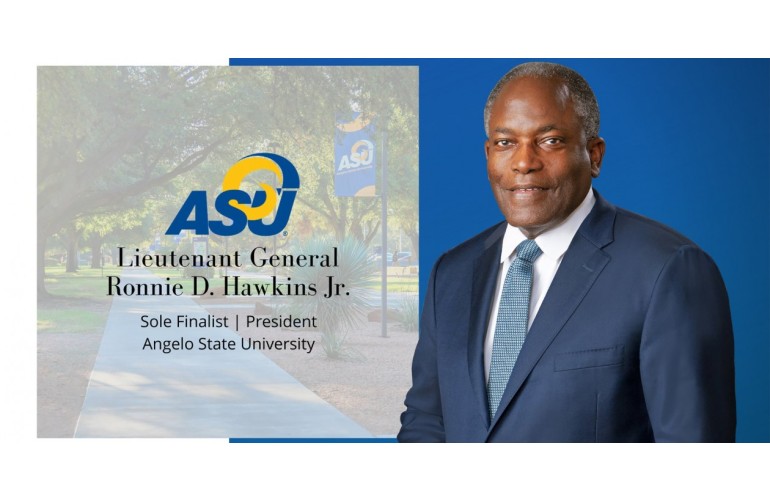 Retired Lieutenant General Ronnie D. Hawkins Jr., who appeared in US Black Engineer magazine’s Top Blacks in the Military list every year since he was promoted brigadier general in 2005, began his new job as president of Angelo State University on August 14.

He led a global organization of military and civilian personnel who plan, develop, deliver, and operate joint, interoperable, command and control capabilities and a global enterprise infrastructure in direct support of the President, Secretary of Defense, Joint Chiefs of Staff, Combatant Commanders, Department of Defense components, and other mission partners across the full spectrum of operations.

After retiring from the U.S. Air Force,  he served as president of the Hawkins Group (a Service-Disabled Veteran-Owned Business), where he provides clients with solutions to cyber security, strategic planning, risk management, and leadership development. Hawkins is on the Board of Directors and Advisors for several corporations and organizations. He is the director of Ezra Vision Ministries, which conducts short-term mission trips to Haiti.