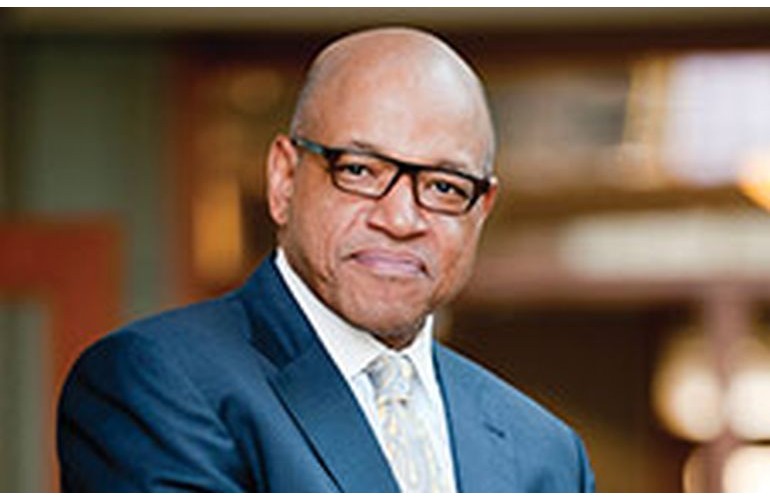 Thomas was chosen as the top candidate to advance the college’s reputation and academic success because of his track record in fundraising, which includes a capital campaign that raised more than $130 million in five years for Georgetown University’s McDonough School of Business.

As Dean of Georgetown McDonough from 2011 to 2016, Thomas led 250 employees and more than 2,000 students through a period of growth, which included the redesign of the MBA curriculum, the launch of the school’s first online degree program, and a $130 million capital campaign.

Prior to Georgetown, Thomas served as a professor and administrator at Harvard University—where he returned in 2017—and an assistant professor at University of Pennsylvania’s Wharton School of Business.

“Dr. Thomas is a nationally respected business educator and visionary leader with a support network that will bring transformative change to Morehouse College,” said Willie Woods ’85, chairman of the Board of Trustees. “Having David at Morehouse will raise the profile of our world-class institution and lead to partnerships that will allow Morehouse to be more competitive for top students, expand our academic programs, improve our facilities, and provide more signature opportunities for leadership that make Morehouse Men among the most sought-after graduates in the country.”

Thomas will be the first Morehouse President in 50 years who did not graduate from the College. The last President who was not an alumnus was Dr. Benjamin Elijah Mays, Morehouse’s revered sixth President who mentored Martin Luther King Jr.

“Morehouse was actually where I wanted to go to college from the time I was 10. I got into Morehouse, but I didn’t receive any financial aid. My second-choice school did offer a scholarship, so I enrolled there, but always with a yearning to be at Morehouse,” he said. “As the son of working-class parents who did not attend college, I understand the transformative power of higher education for people of color. I also understand what it means to be a black male in America, and the determination and strength of character that it takes to be successful. I will work tirelessly to help raise the scholarship funds necessary so that no deserving student who wants a Morehouse education is left behind.”

Morehouse is the world’s only HBCU (Historically Black Colleges and Universities) for men. It has produced four Rhodes Scholars, several college presidents, and leaders in many other fields. According to the National Science Foundation, Morehouse is the nation’s top producer of black males who continue their education and receive doctorates. The National Science Foundation also ranked Morehouse as the No. 1 producer of black men who receive doctorates in education, life and physical sciences, math and computer sciences, psychology and social sciences, as well as humanities and the arts. Morehouse currently has more than 17,000 alumni representing more than 40 states and 14 countries. U.S. News & World Report also consistently ranks Morehouse as one of the nation’s top five HBCUs.

“I am humbled and honored to be appointed as the next President of Morehouse College,” said Thomas. “What draws me to Morehouse is that I see a connection between what I value and what this college has always represented —the mission to develop men with disciplined minds who will lead lives of leadership and service, and to be stewards of black culture and community. There is no place like Morehouse on the planet.”

In addition to his work as an educator, Thomas serves as a member of the Board of Directors of DTE Energy, the American Red Cross, and the Posse Foundation. He is the recipient of Washington Business Journal’s 2014 “Minority Business Leader of the Year” award and the National Executive Forum’s “Breaking Through 2020, Beacon Award,” among other honors.

Over the past 30 years, he has also worked as a consultant on issues relating to organizational change, and diversity and inclusion for 100 of the Fortune 500 companies as well as major governmental and nonprofit organizations.

Thomas is nationally renowned for his research in managing diversity in the workplace. He has written numerous case studies and academic articles on the subject. He also is the co-author of two related books: “Breaking Through The Making of Minority Executives in Corporate America,” which is one of the first in-depth studies to focus on minorities who have made it to the top, and “Leading for Equity: The Pursuit of Excellence in Montgomery County.”

I am in my last few months of a mentorship program with AFP! I definitely aspire to do these numbers in my fundraising endeavors with organizations that I truly support and believe in! Great job, Dr. Thomas!