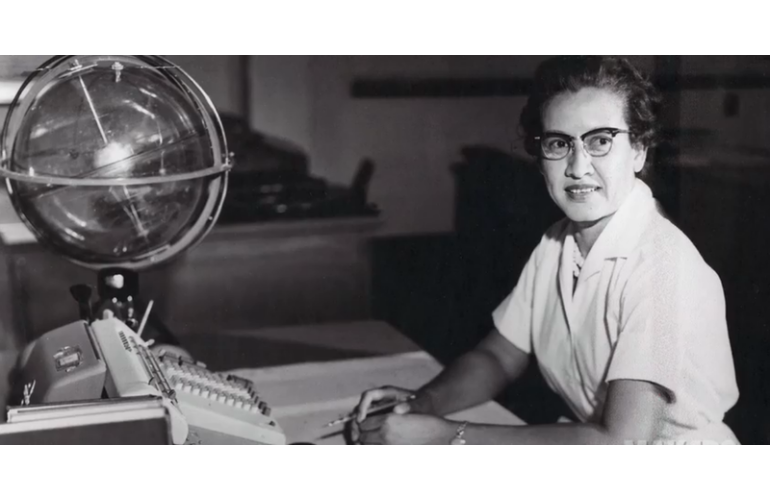 Thanks to Margot Lee Shetterly, author of Hidden Figures (The American Dream and the Untold Story of the Black Women Mathematicians Who Helped Win the Space Race), we all know the story of Katherine Johnson, whose calculations were critical to the success of pioneering human spaceflights, the Space Shuttle program and plans for a mission to Mars.

Shetterly’s book and the film of the same name also revealed the achievements of other black women at NASA who worked as computers and scientists from the 1930s.

But have you ever wondered about the first Black male engineers employed at NASA?

Some years ago, a front-page column in the New York Amsterdam News asked the question: “If you are like me, as soon as you finished thrilling to the flight of the United States’s first man into outer space, your next thought was, ‘I wonder if there were any Negroes who had anything to do with Commander (Alan) Shepard’s flight?’ ”

Richard Paul, a documentary producer who wrote the program Race and the Space Race, narrated by former NASA astronaut Mae Jamieson, co-published the book We Could Not Fail: The First African Americans in the Space Program in 2016.

Writing in an air and space magazine about the book in 2014, Paul mentioned Edward J. Dwight,  the first African American to be trained as an astronaut.

While training to become a test pilot, Dwight graduated with a bachelor’s degree in aeronautical engineering from Arizona State University. In 1961, Dwight was selected as the first black astronaut trainee, at the suggestion of the National Urban League’s Whitney Young. Dwight was such a household name, he appeared on the covers of Ebony and Jet. Despite facing discrimination, Dwight persevered until he was reassigned.

In 1963, the NASA Marshall Space Flight Center invited representatives of black colleges to learn more about the mission of exploration and discovery.

“NASA had placed the students at the cutting edge of rocket technology at Marshall. Frank Williams helped design the ground-support equipment for the Apollo program. Morgan Watson worked in propulsion, testing the Saturn 1-B, the forerunner of the Saturn V.

In fact, Watson had the chance to teach some of NASA’s engineers new skills. “I was in Southern University’s first computer programming class back in 1963, and when I got to NASA I was one of the few—including NASA employees—who were computer-literate.”

The work the students did was not just technologically groundbreaking. The space program “was the high-tech industry of the 1960s,” Watson says. Arranging for them to be there had not been easy; “We just praise NASA for its foresight to go and find African-American engineers to train,” Watson says.

The black students hired through the Co-op program had to be the very best at all times. “We had heard Martin Luther King say, ‘When you start off a race behind, you have to run faster than everybody else,’ ” says Watson. As he and his fellow pioneers knew, they could not fail.”

Thank you for doing this. As you can see I carried on my grandfather name sake. This is very special and important to me for this is the only proof of why my grandfather was in black history month.

Thank you so much for writing and sharing this article with us. These are critical times, and more than ever the world needs to know that Black Lives Matter, past, present, and in the future. Patricia Dede Rabain, Astro O Jesus Consultant