Try an Hour of Code for Computer Science Week 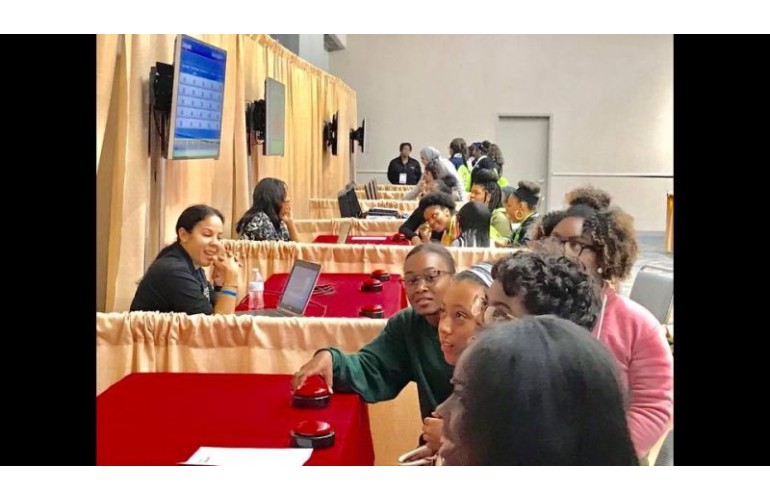 A 2016 study, Trends in the State of Computer Science in U.S. K-12 Schools shows that 93% of parents in America see computer science education as a good use of resources in their child’s school.

Every student in every school should have the opportunity to learn computer science, says Computer Science Education Week, an annual program dedicated to inspiring K-12 students to take interest in computer science.

Originally conceived by the Computing in the Core coalition, Code.org® organizes Computer Science Education Week as a grassroots campaign supported by 350 partners and 100,000 educators.

CSEdWeek is held in recognition of the birthday of computing pioneer Admiral Grace Murray Hopper (December 9, 1906).

Code.org® is dedicated to expanding access to computer science and increasing participation by women and underrepresented minorities. The vision is that every student in every school should have the opportunity to learn computer science, just like biology, chemistry or algebra. Code.org is supported by donors including Microsoft, Facebook, the Infosys Foundation, Google, Omidyar Network, and many more.

For the third straight year, Accenture is teaming with Code.org on Hour of Code and other STEM-related educational initiatives.

Hour of Code was launched in 2013 by Code.org, a non-profit dedicated to expanding access to computer science and increasing participation by women and underrepresented minorities. The program reaches millions of students through a one-hour introduction to coding and computer science.

Students will discover how various AI techniques can teach a robot to explore a new planet — including recognizing animals and plants, understanding a new language, and conversing with inhabitants.

“The Hour of Code campaign has already led to more than 450 million hours of code being completed– it’s mind-boggling. To date at least one out of every 10 students worldwide has participated in the Hour of Code program,” said Hadi Partovi, co-founder, and CEO of Code.org.

“This year, we are asking for people to not only do an hour of code but go beyond one hour and think about what they can do to ensure that computer science education continues for years to come.”

Accenture employees across 56 countries have pledged to complete more than 10,000 Hours of Code and lead coding tutorial sessions around the world during Computer Science Education Week, Dec. 4-10, as part of the company’s commitment to helping students around the world build computer and science, technology, engineering, and math (STEM) skills.

Accenture is pledging more than 2,000 hours to lead or volunteer at local events in their communities, joining forces with teachers and Code.org to help students learn coding and computer science skills.

This follows Accenture’s recently announced pledge of $10 million to support initiatives that expand STEM and computer science education through Internet Association, a group that represents global internet companies on matters of public policy.

“Technology is creating jobs that didn’t even exist five years ago and learning to code can transform the trajectory of a student’s life and career,” said Paul Daugherty, Accenture’s chief technology & innovation officer and ‘chief coder.’

“As part of our commitment to working with Code.org to prepare young people for the digital economy, Accenture employees last year dedicated more than 10,000 hours to Hour of Code, inspiring more than 100,000 students around the world to learn basic coding skills. We’ve seen the impact that Code.org is having on students and this year we’re doing more to support that — more hours and more classroom sessions to spark an interest in working with the technologies of tomorrow.”

Melissa Daniel, a teacher at Stone Mountain Elementary in Highlands Ranch, Colorado, whose class participated in Hour of Code last year, said, “Accenture led an Hour of Code event in my classroom that centered on an easy and fun coding tutorial. My students were excited to learn a new skill that can lay the foundation for a successful career.

While getting access to computer science educational tools can be challenging, having access to Accenture’s resources is enabling me to help my students become leaders in technology, setting them on the path to eventually working with technology that could someday change the world.”

As part of this year’s Hour of Code collaboration, Accenture executives will lead Hour of Code activities. Among the activities, Christy Sovereign, Minneapolis office senior managing director, will be participating in an Hour of Code event working with Robbinsdale Cooper High School student-athletes to learn about the future of technology and sports, including a special session on how to build and fly a drone.

Anyone anywhere can organize an Hour of Code event. No experience needed. Ages 4 to 104. Try it here