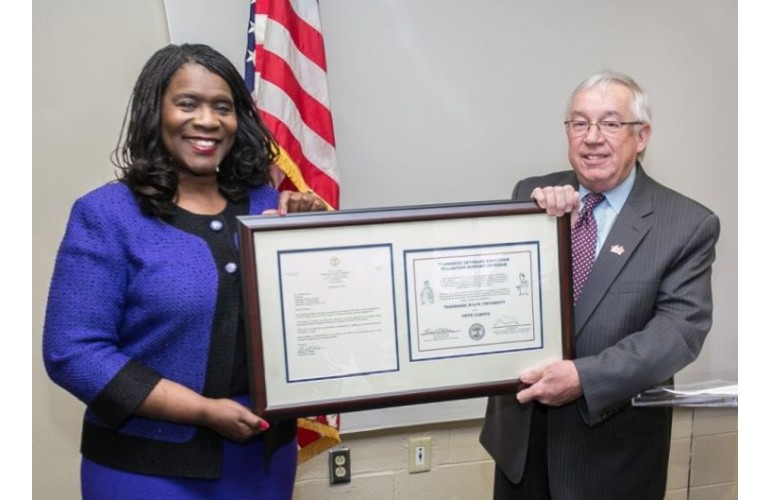 “TSU is a certified Vets Campus and noted as a “Military Friendly” institution by G.I Jobs and several other notable ranking services,” Tennessee State University President Glenda Glover said in a statement.

On August 7, 2018, THEC announced that fourteen colleges and universities in Tennessee, including TSU, will receive Veteran Reconnect grants to assist veterans and service members in their pursuit of college degrees.

Veteran Reconnect funding was first awarded in 2015. This year, THEC announced $889,277 in funding to support programs and services for student veterans at campuses across the state.

According to the statement, the 2018 Veteran Reconnect grants are focused on prior learning assessment (PLA).

PLA at colleges and universities examine a veteran’s prior military training and grants equivalent college credit for those skills attained during service.

“Many veterans in Tennessee put their education on hold to serve our nation in the armed forces, and as a state, we have an obligation to support them in completing their education,” Governor Haslam said. “Through the Drive to 55, we can connect veterans with the postsecondary credentials that will help them further stand out in the workforce. Veteran Reconnect is one more way that Tennessee is investing in veterans and their future.”

Veteran Reconnect is part of Governor Bill Haslam’s Drive to 55 initiative to increase educational attainment in the state to 55 percent by the year 2025.

Over the past four years, the state of Tennessee has required institutions to recognize skills and competencies gained in military training.