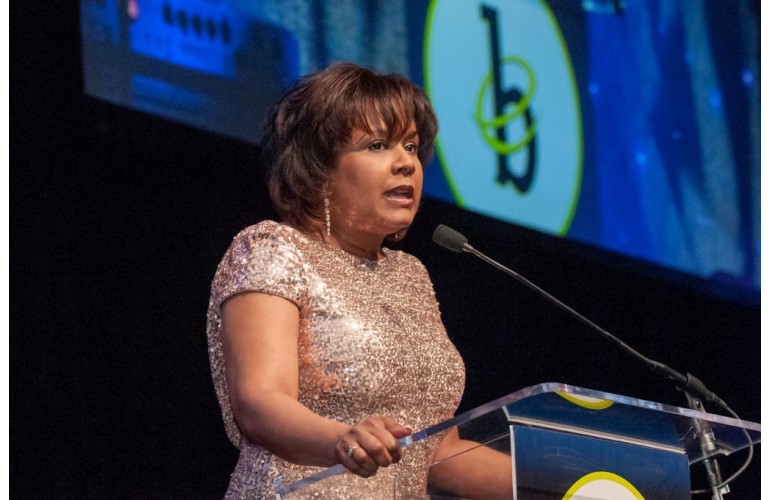 2014 Black Engineer of the Year Stephanie C. Hill told students Thursday that they should come to BEYA for two reasons: it’s crucial for meeting role models in science, technology, engineering, and math (STEM) as well as talking to recruiters.

Take a listen to the full interview here.

Hill has worked for Lockheed Martin, the aerospace, defense, security, and advanced technologies company that co-hosts the BEYA STEM Conference, since she graduated with a bachelor’s degree in computer science and economics from the University of Maryland, Baltimore County (UMBC).

The Baltimore-born executive said she calls herself an accidental engineer because when she was growing up she didn’t know engineering was a career. “I was going to become a certified professional accountant,” she said. But while she was at UMBC she took a computer programming course used in business and finance as an elective and found that she liked it.

“What BEYA does is provide (STEM) role models and examples,” she said. “My parents were college graduates but I didn’t know any engineers, because there weren’t any in my community. At BEYA, there are engineering role models everywhere and they are willing to talk to students at career sessions and seminars,” she said.

Hill invited students to the BEYA Job Fair and said the Lockheed career fair booth will be giving away special treats.

“Bring a complete resume, with no typos,” she advised. “Dress for the job want and network as much as you can,” she added. “Talk to recruiters, professionals, and other students,” she said.

Lockheed Martin, the longtime co-host of the BEYA STEM Conference, is a security and aerospace company that employs more than 100,000 people and is principally engaged in the research, design, development, manufacture, integration, and sustainment of advanced technology systems, products, and services.

Click here to register for the BEYA STEM Conference