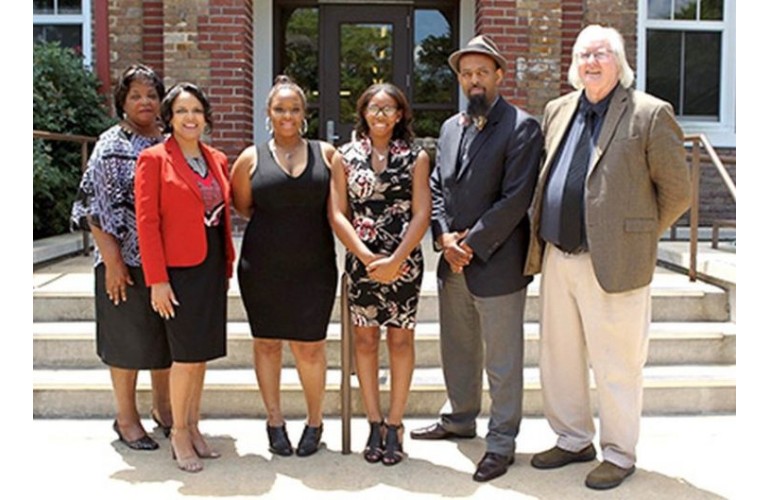 Tuskegee University students Jocelyn Johnson and Africa Washington (center) will spend a month at New York’s Institute of Classical Architecture and Art to learn about classical design in the 2018 Summer Program.

The New York Institute of Classical Architecture and Art provides Beaux-Arts training, much like the Ecole Des Beaux-Arts in Paris, where students are taught hand-drafting skills that are slowly being forgotten as many architecture schools focus on computer-based learning and drawing.

“The modern school supplanted the ideas of the Beaux-Arts so much there were very few who knew and understood the classical language,” said Thomas Kaufmann, a library supervisor in Tuskegee’s School of Architecture and Construction Science.

Tuskegee’s architectural school is named after Robert Robinson Taylor, the first African American architect. Taylor is credited with developing the Tuskegee program, and most buildings built on the  Alabama campus before 1932 were designed by Taylor.

New York’s Institute of Classical Architecture, which was founded to recover old knowledge and practice, showcases buildings at Tuskegee in much the same way as Robert Taylor, and Walter T. Bailey, a licensed African-American architect who also worked at Tuskegee Institute, Kaufmann said.

During the 4-week NYC program, the students will learn from architects in leading design firms and faculty in the field of traditional design.

Upon completion of the course, the students will receive a Certificate in Classical Architecture and return to Tuskegee with a vision for the architecture of the Tuskegee University campus.

“The program has allowed us to explore sites around New York and to be among other like-minded individuals,” Africa said.