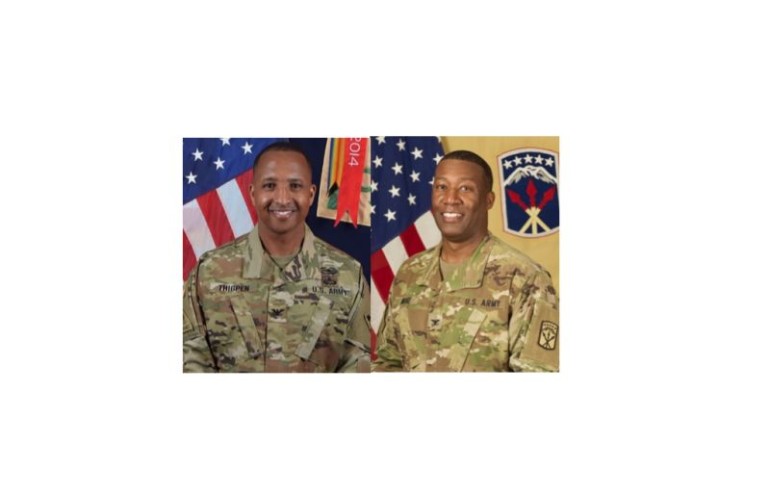 Virginia State University alumni Colonel James S. Moore, Jr. and Colonel William L. Thigpen have been nominated for the rank of Brigadier General, the fourth highest rank that can be achieved in the United States Army.

Col. William Thigpen is a native of Hampton, Va., and currently serves as deputy commander of 4th Infantry Division and Fort Carson, Colo. He has commanded United States Army formations at every level from Company through Brigade to include the 316th Cavalry Brigade at Fort Benning, Ga. He is a combat veteran of campaigns in Iraq and Afghanistan. His staff assignments include serving as the Aide-de-Camp to the Vice Chief of Staff of the Army.

Col.Thigpen graduated from VSU in 1992 with a bachelor’s degree in public administration. He is also a graduate of the National War College where he earned a master’s degree in national security and strategic studies and he holds a second master’s degree in business from Embry-Riddle Aeronautical University.

To date, this ROTC Department has produced 10 US Army General Officers including retired four-star General Dennis L Via, who last served as the commanding general, Army Materiel Command.

The promotion of these two officers means that VSU has produced more General Officers than any other historically black college or university with the exception of South Carolina State University, which is a former senior military college.

This will also be the first time in history that four Trojan Warriors will serve on Active Duty as General Officers at one time.