Two-time BEYA winner got his foundation in the Marines 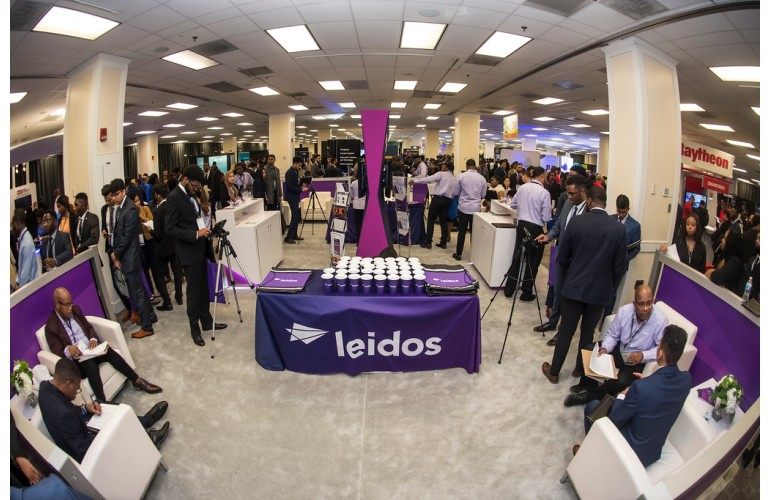 Gerald H. Gaskins demonstrated success at Lockheed Martin reporting to Linda Gooden, the  2006 Black Engineer of the Year. As a program director and line of business director for the Department of Defense, homeland security, and other federal/civil agencies, Gaskins was recognized for his career achievements as a Modern-Day Technology Leader at the 2009 BEYA STEM Conference.

A decade later, Gooden saw Gaskins win a second award at the 2019 BEYA Gala, where he was honored for outstanding technical sales and marketing at Leidos, a science and technology leader in national security, health, and engineering.

Currently vice president of strategic captures for the health group at Leidos, Gaskins “brings in large information technology contracts from the federal government and captures billions of dollars in new business,” said Leidos CEO Roger Krone in his introduction at the BEYA Gala where Gaskins received his  Technical Sales award.

“A proven leader who exemplifies excellence, whether as a U.S. Marine Infantry officer in combat or as a program manager, “Gaskins has been “consistently chosen for the most challenging assignments,” Krone said. “He’s never refused to lead where others thought the task was too tough. His career is best defined by high standards, work ethics, contagious enthusiasm and willingness to make high-risk decisions that create the best outcome for customers and Leidos.”

Gaskins considers his time in the Marine Corps the best foundation. “To me, it is why today I can go into a situation with very little lead-in. I apply this ability to capture,” the veteran Infantry officer said in an interview with a manager in Leidos’ business development.

An active-duty Marine for 20 years, Gaskins served as an Infantry Officer on the Commandant staff, an acquisition professional for weapons and information technology (IT) systems, and head of the Pay and Personnel System for the Marine Corps.

“I learned a great deal about managing large cash flows and monitoring program budgets,” he says in the BEYA honoree spotlight. “Additionally, I obtained my Master of Business Administration in Finance, which gave me a foundation for understanding Quantitative Statistics – a useful skillset in analyzing financial performance and trend analysis. It only seemed a natural transition upon leaving the Marines that I would become a contract program manager.”

Gaskins began his civilian career at Lockheed Martin supporting a Marine Corps program. He moved up the ranks, demonstrating success in a variety of roles.

“When I think about why I’m up here today I have to acknowledge that my story is not my own, Gaskins said in his acceptance speech at the BEYA Gala in February.” I attribute it to the fact that a number of people have influenced me. Most of all, my parents who made it possible and taught me to always separate yourself from those who don’t have your best interests.

“In business, I had the opportunity to work directly for Ms. Linda Gooden, who demonstrated integrity, commitment, excellence, and intelligence, that I consider in business to be contagious.

“I’ve been lucky to have a brother and sister-in-law who demonstrate to me that real superheroes do not wear costumes. And of course, my two children who provide the motivation to make money, because you have to raise your kids well. And my wife of 37 years who is the reason I’m able to be who I am today,” Gaskins said.

Gaskins has earned kudos for his leadership with Leidos’ Rising Star and Business Development Rotation programs, both of which support talent development. Headquartered in Reston, Virginia Leidos’ 32,000 employees support vital missions for the U.S. government and the commercial sector and defend digital and physical infrastructure.

Gaskins graduated with a law and economics degree from Bowie State University, earned an M.B.A. in finance from the University of Baltimore, and a master’s degree in information systems management from Capitol Technical University.