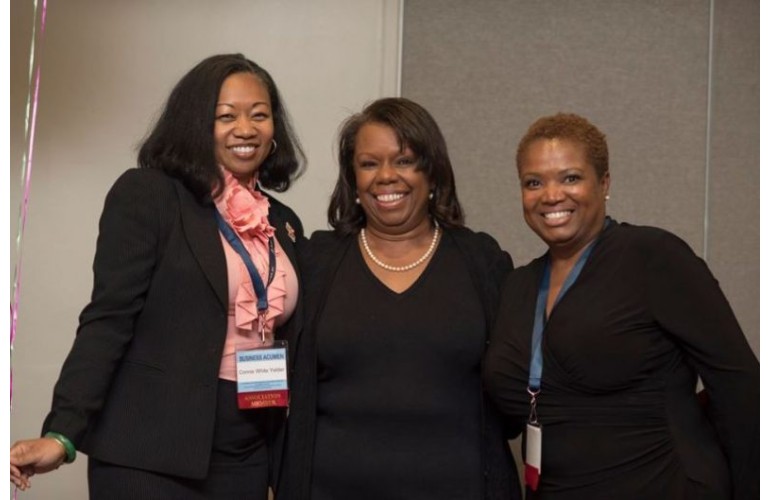 “Since January 2017, Ms. Smith has served as Chancellor of the AAFEA Fellows Program,” said Leslye Fraser, president of AAFEA.

“Under her leadership, significant enhancements have been implemented to ensure that the Fellows’ developmental experience has individual meaning and impact in supporting advancement to senior management, including Senior Executive Service opportunities.”

Ms. Smith has years of experience as a member of the federal Senior Executive Service (SES). SES members operate and oversee nearly every government activity in approximately 75 Federal agencies.

In addition to other SES positions, Ms. Smith served as a Presidential Management Intern in the U.S. Department of Treasury’s Financial Management Service. She was chief of the Human Resources Division at the US Census Bureau for more than a decade.  A distinguished Hampton University alumna, Ms. Smith also earned a master’s degree from  Howard University.

The AAFEA promotes the professional development and advancement of African Americans into and within the senior ranks of the United States Government; sponsors career-enhancing opportunities and the development of critical skills for African Americans to effectively execute the business of the federal government.

Ms. Smith will assume her new AAFEA responsibilities on a part-time basis this fall.

Sending congratulations, and “lovely to see” Tyra Dent Smith on today’s SEA Program, on :It Starts With Us: Forging the Future of Federal Leadership.”