U.S. to spend close to 2% of GDP on pure research and science 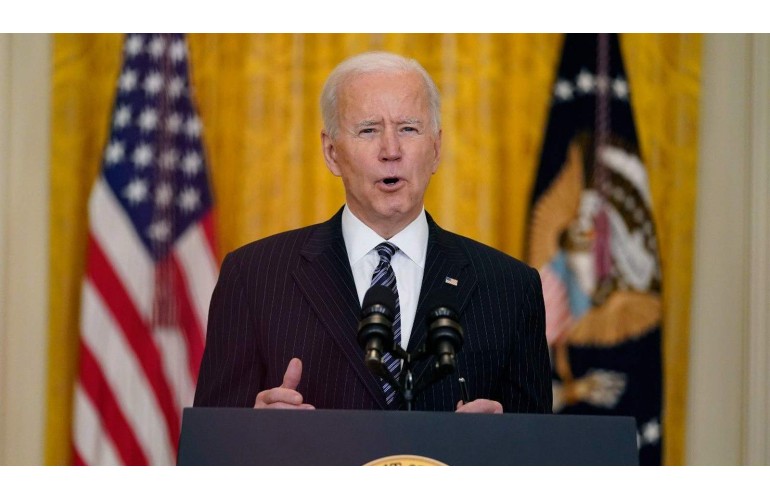 President Joe Biden held his first official press conference at the White House Thursday, and American workers and American science were front and center. “Back in the ‘60s, we used to invest a little over 2 percent of our entire GDP in pure research and investment in science,” the president said during the presser. “Today, it’s 0.7 percent. I’m going to change that,” he said.

“The future lies in who can, in fact, own the future as it relates to technology, quantum computing, including in medical fields. And so what I’m going to do is make sure we invest closer to 2 percent,” Biden added.

The president talked about making it a priority to invest in medical research — cancer, Alzheimer’s, diabetes, and industries of the future — artificial intelligence, quantum computing, biotech.

On January 27, Biden passed an executive order to establish an advisory council on science, technology, and innovation. “Officials and employees across my Administration shall seek from scientists, engineers, and other experts the best available scientific and technological information and advice,” the order read in part.

The president also said he saw “stiff competition with China” but under his watch, Biden said he planned for the United States to continue to grow and expand.

“Look around the world. We’re in the midst of a fourth industrial revolution of enormous consequence,” the president noted. “How will people adjust to these significant changes in science and technology and the environment? How will they do that? And are democracies equipped to compete?”

Biden said his next major initiative, which will be announced Friday is to rebuild the infrastructure — both physical and technological— so that America can compete and create good-paying jobs repairing bridges, highways, major roads in poor condition, millions of homes with lead pipes servicing their water lines, and capping wells leaking methane gas.

“Last point I’ll make on the infrastructure is that if you think about it, it’s the place where we will be able to significantly increase American productivity, at the same time providing really good jobs for people.”

Biden also spoke about schools in America where kids can’t drink the water out of the fountain or still have asbestos.

“How many schools in America we’re sending our kids to don’t have adequate ventilation? How many homes, buildings, office complexes are wasting billions of barrels of oil over time because they can’t hold in the heat or the air conditioning because it leaks through the windows that are so porous and the connections? So there’s so much we can do that’s good stuff, makes people healthier, and creates good jobs,” the president said.