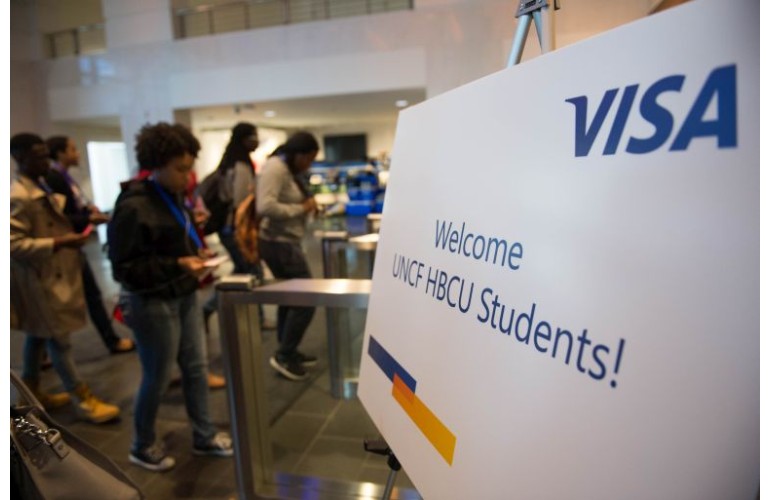 More than a hundred students and over 29 faculty from historically black colleges and universities will visit Silicon Valley/Bay Area corporations October 25-29, during the Innovation Summit hosted by the United Negro College Fund (UNCF).

The fifth annual summit begins Oct. 25, when students will travel to Silicon Valley and the Bay Area on an HBCU “Tech Trek” visiting Google-YouTube, Pure Storage, Adobe, eBay, NetApp, Salesforce, Veritas, Twitter, Uber, WalmartLabs and Yelp, which are all event sponsors. Students will engage with engineers at various panels and workshops.

The objectives of the HBCU Innovation Summit have proved successful, as nearly a third of 2014 and 2015 participants are now interning or working full time at technology companies.

“For the first time, I was surrounded by a group of like-minded computer science-scholars. It made me aware of my role as a black woman in technology. The summit also influenced me to realize how critical internships. I interned with Dell this summer and look forward to forging new relationships in Silicon Valley at this fall’s summit.”

Of the participating HBCU Innovation Summit students, nearly 40 percent are women. Self-reported data from 11 of the major tech giants, according to CNET.com, reveals that less than 30 percent of their workforce is comprised of women.

“The HBCU Innovation Summit was instrumental to me,” said Morehouse College senior and computer science major, Ernest Holmes. “I was debating research but after speaking to company engineers and CTOs, I was inspired to stay on track to pursue a career in technology and accept a returning internship offer at Google.”

On the final day of the summit, students will participate in workshops and a technical career fair. Summit scholars will have the opportunity to meet company recruiters, and engage in technical and professional development workshops.

More than 100 HBCU faculty applied for 25 spots and were chosen based on their background in computer science, leadership, and willingness to serve as change agents to align computer science curriculum with industry workforce needs and demands.

“We believe that HBCUs, the students they serve, and faculty they employ, have the ability to drive innovation and meet the standards of the highly competitive job market. However, without increased public and private support, the divide will continue,” said UNCF’s STEM director, Dr. Chad Womack, a graduate of Morehouse College and Morehouse School of Medicine. “Many of the nation’s HBCUs are producing top-tier talent in the innovation economy, and UNCF wants to establish a consistent presence in Silicon Valley so that employers first look to HBCU students as qualified employees for recruiting.”

UNCF supports more than 60,000 students at over 1,100 colleges and universities. Its logo features the widely recognized trademark, “A mind is a terrible thing to waste, but a wonderful thing to invest in.”