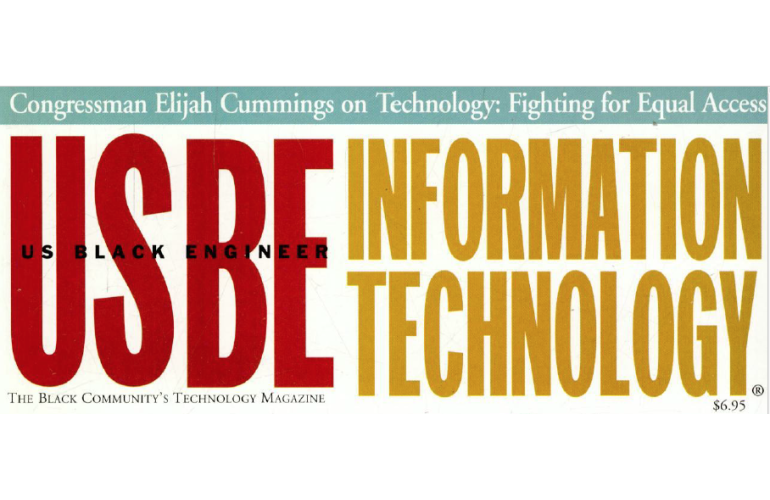 Congressman Elijah E. Cummings was serving his fourth term in the House of Representatives when he gave a wide-ranging interview to Black Engineer magazine. In the 2001 feature, Cummings talked about the hurdles that must be cleared to make technology accessible to more Americans. Below are a few quotes from this memorable interview with the congressman.

“West Baltimore Middle School, where I visited on the day of the Million Family March, I taught a class there and it was very distressing to learn they had 13 computers for 1,300 students. So, then, I think about the fact that in this legislative office we employ about 20 people and every single person that we hire has to have computer skills. This is not a high-tech office. Everything is still computerized.”

“About a year ago, I visited a Domino Sugar plant in Baltimore. That plant has really gone through a computer revolution. And because of that, they were able to retrain and/or retire some people. In other words, they shrunk the workforce, and they are now able to produce a 5-pound bag of sugar for the same amount that it cost 30 years ago. That shows you how significant this whole high-tech thing is. They really don’t want to hire people unless they do have some kind of computer skills.”