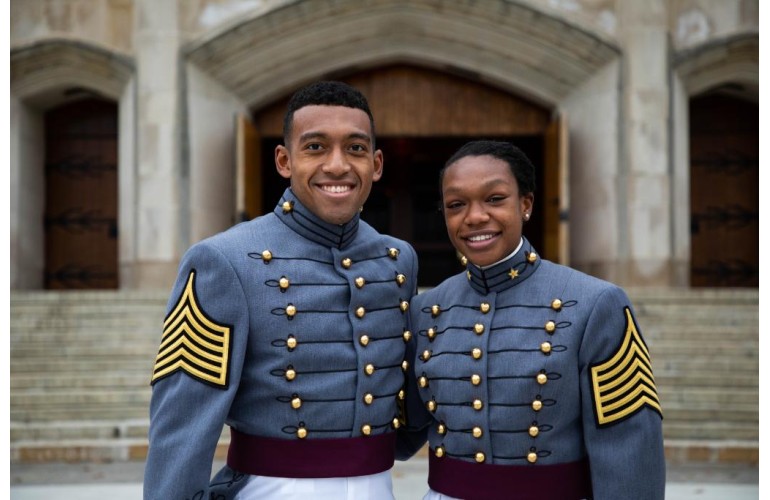 The most recent American Rhodes Scholar class has been elected, and two United States Military Academy (USMA) officer cadets are among the outstanding students who will start their studies at Oxford, England in October 2021. The last time West Point had more than one Rhodes scholar was back in 2014.

“We are so proud of and thrilled for CDT Tyrese Bender and CDT Evan Walker, the Rhodes Scholars for the USMA Class of 2021,” tweeted Brigadier General Cindy Jebb, Dean of the Academic Board at the U. S. Military Academy at West Point. “They will be tremendous leaders drawing on their experiences as Rhodes Scholars, and we are all excited for their next chapter,” she added.

We are so proud of and thrilled for CDT Tyrese Bender and CDT Evan Walker, the Rhodes Scholars for the USMA Class of 2021. They will be tremendous leaders drawing on their experiences as Rhodes Scholars, and we are all excited for their next chapter. https://t.co/eVbEEigNCq pic.twitter.com/ToOvBJNsM7

Tyrese Bender is an engineering management major at the United States Military Academy. He will pursue a Master of Science in Sociology and Evidence-Based Social Intervention and Policy Evaluation at Oxford University as a Rhodes Scholar.

His research has allowed him to contribute to the Academy’s inaugural Diversity, Equity, and Inclusion Strategy. Additionally, as the Cadet Leader Development Regimental Executive Officer this past summer, Tyrese facilitated conversations on various character development topics, providing individuals at the Academy the opportunity to navigate and connect through the challenges of a global pandemic and civil unrest.

Tyrese is also the Deputy Brigade Commander at the Academy, making him the second-highest-ranking cadet in the West Point chain of command.  His experience on several different sports teams, including a two-year track team captainship at the Academy, sparked his passion for improving team cohesion through a focus on diversity, equity, and inclusion.

Evan Walker is an operations research major at the United States Military Academy. At Oxford, she will read for a Master of Philosophy
(MPhil) in Comparative Social Policy with a focus on the intersection between policy and inequalities in the workplace and their influence on social inclusion and mobility for racial and gender minorities

Her research and extracurriculars are centered around diversity, equity, and inclusion. Through the Elevation Initiative, a club for high performing minority cadets, Evan has had the opportunity to mentor 3rd and 4th Class Cadets on both leadership and academics.

As a two-year captain of the Army Boxing team, she has balanced physical training with development as she mentored members on her team. She continued by implementing a formal mentorship program as a Regimental Commander for the 1,100 Cadets she currently leads. This past summer, as the Cadet Basic Training Regimental Commander, she facilitated conversations on diversity equity and inclusion among the Cadet leaders and New Cadets amidst the global pandemic and civil unrest that occurred prior to the summer’s training.

Tyrese and Evan were selected from a pool of 953 applicants who had been nominated by their colleges and universities. They will begin courses at Oxford next year. Rhodes Scholarships provide all expenses for two or three years of study at the University of Oxford in England—ranked the #1 university in the world in some global rankings.

“Never before has a class of Rhodes Scholars been elected virtually, with both candidates and selectors participating safely, independently, and digitally,” said Elliot F. Gerson, American Secretary of the Rhodes Trust.

“This year’s American Rhodes Scholars—independently elected by 16 committees around the country meeting simultaneously—reflect the remarkable diversity that characterizes and strengthens the United States,” Gerson said. “Twenty-one of the 32 are students of color; ten are Black, equal to the greatest number ever elected in one year in the United States. Fifteen are first-generation Americans or immigrants; and one is a Dreamer with active DACA status. Seventeen of the winners are women, 14 are men, and one is nonbinary. These young Americans will go to Oxford next October to study in fields broadly across the social, biological, and physical sciences, the humanities, and public policy. They are leaders already, and we are confident that their contributions to public welfare globally will expand exponentially over the course of their careers.”

The Scholarships were created in 1902 by the Will of Cecil Rhodes and are provided in partnership with the Second Century Founders, John McCall MacBain O.C. and The Atlantic Philanthropies, and many other generous benefactors. The first class of American Rhodes Scholars entered Oxford in 1904; those elected today will enter Oxford in October 2021.