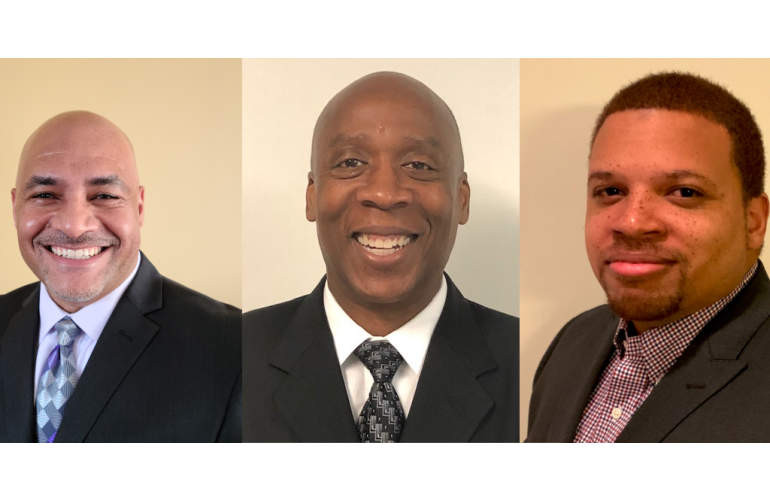 Richard Calvin is a staff engineer for satellite systems at Northrop Grumman. As an officer in the U.S. Air Force, he supported early orbit operations for new satellites. He also developed training for crew commanders, managed stellar observation, and tracking data production.

Other positions he has held at Northrop include supporting the Cygnus cargo resupply missions to the International Space Station. Calvin is a key member of the mission extension vehicle (MEV) program. He created the procedures, documentation, and handling of rehearsals, ensuring that the operation teams were ready. Calvin’s development efforts provide MEV’s success as a gateway technology to robotic assembly/repair of on-orbit systems.  During his trailblazing career, he has held engineering positions at BAE Systems, Orbital Sciences Corporation, Motorola, Boeing, Lockheed Martin, and Booz Allen.

Alfree Conklin has worked as a research and development engineer at the Pennsylvania State University Applied Research Laboratory (ARL) for about five years. He also recruits for full-time and internship opportunities at ARL and conducts interviews with potential candidates and student interns.

As the chair of the recruitment committee for ARL’s Diversity Committee, which serves as an advisory board to ARL’s leadership, Alfree serves as a mentor for ARL Undergraduate Summer Research Programs. He is an avid supporter of the Diversity Outreach Opportunities in Research (DOOR) summer internship program. ARL DOOR provides first-generation college students and minorities in science, technology, engineering, and math (STEM) opportunities to conduct relevant research with ARL faculty.

Allen Bell is a consulting engineer at AT&T. During his 25-year career, he has worked on major customer accounts, including one of the largest restaurant chains in the world.

As part of a group of elite AT&T engineers, he provides technical guidance on current and emerging technologies, including lab-based and live production environment testing. In addition, he guides AT&T Business’s Product Development organization to enhance technology solutions in the AT&T portfolio.

Allen is a frequent speaker at internal AT&T forums and helps others understand new technologies in routing and switching.