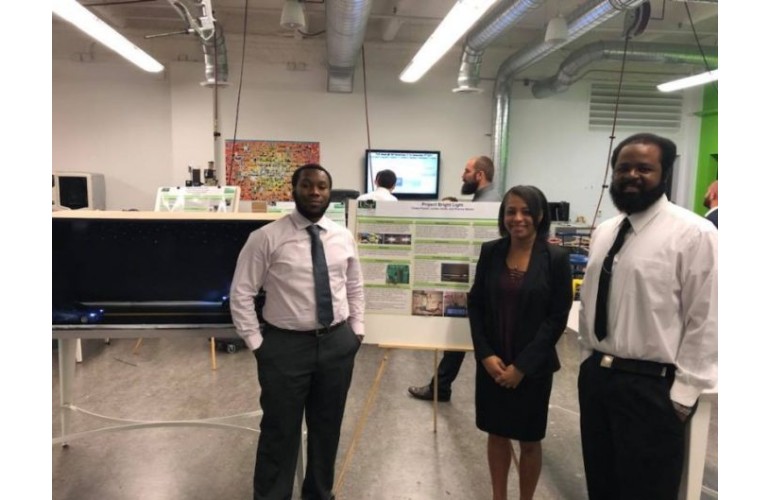 Since Anthony James retired as executive vice president of Southern Company, one of the largest producers of electricity, the 2004 Black Engineer of the Year has set up an endowed scholarship at the University of South Florida (USF).

James earned a Bachelor of Science in Engineering from USF in 1973.

The Anthony and Sheila James scholarships are for full-time undergraduate students pursuing an engineering major on the USF Tampa campus.

Preference is for students who have an interest in issues affecting the African American community.

Why is engagement beyond the campus walls so important for the scholarship?

The answer lies in James’s life story. Here are excerpts from an article first published in USBE magazine in the spring of 2004.

This year’s Black Engineer of the Year Awards arrive with special poignancy, in the 50th year since the Supreme Court’s decision in Brown v. Board of Education.

The suit to end segregation in education changed every area of American life. But as earlier black pioneers knew — 50, 100, 200 years ago — without a mandate change would not have come.

Growing up in the 1960s, the South was frightening and unpredictable. The turbulent years were marked by demonstrations, violent attempts at repression, lawsuits, and federal intervention that ended racial segregation.

Among other things, Anthony James’s father lost an arm in an accident, and his family fell on hard economic times. Forced to work after his father’s disability, young Anthony developed a work ethic second to none.

His internship at NASA’s Kennedy Space Center in Florida, followed by a five-year tenure in Procter and Gamble’s multicultural workforce in Albany, Georgia opened his eyes to the possibilities of life in an open society.

In 1973, when P&G hired the young University of South Florida engineer, James won promotions faster than anyone in the history of his division.

In 1978, James started a new position as a safety and health supervisor for a Georgia Power company.

Southern Company then made him plant manager for both the Arkwright and Scherer facilities. Built less than a decade before James took it over in 1996, Scherer was the largest coal-fired power plant in the U.S.

James retained managerial responsibility for it when he was promoted vice president for power generation, senior production officer for Savannah Electric, and central cluster manager for the Georgia Power Company.

In that dual position, James managed five major generating facilities, including the big coal burner and a turbine peaking plant located inside a major defense facility.

In May 2001, Southern Company named James president and CEO of Savannah Electric, and the city of Savannah welcomed its first black corporate CEO.

Click here for more information on the Anthony and Sheila James Endowed Scholarship.