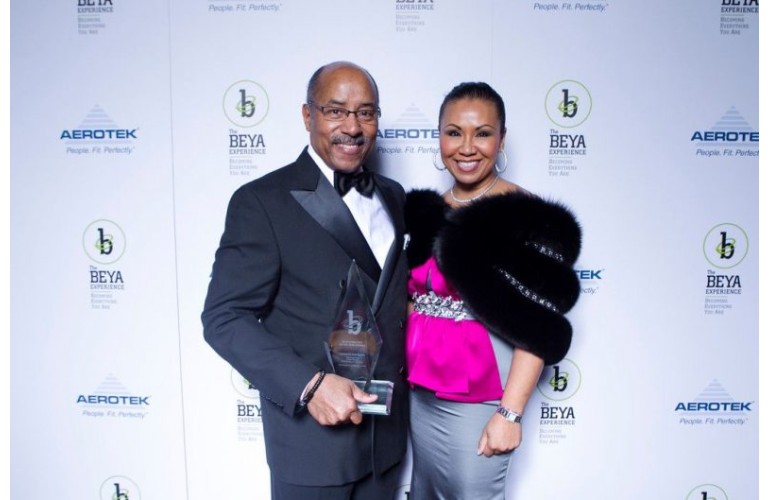 It’s a double celebration for this Black Engineer of the Year Award winner!

By way of background, BEYA first celebrated the career of trailblazing automobile designer Ed Welburn in 2015. He was honored as Black Engineer of the Year at the 29th annual BEYA STEM Conference.

Fifteen months later,  Welburn retired as Vice President of Global Design, after 44 years at General Motors.  He is the first African American to lead a global automotive design organization, and only the sixth Design leader in GM history.

Last week, the 2015 Black Engineer of the Year shared the photo below on his public Facebook page. In the image, Welburn and Jessie Elliott, the couple are seen above at the 2015 BEYA STEM Conference, smile for the camera.

Welburn posted the following statement with the photo:

‘Everyone jokes about my “oh, by the way…” moments, so…by the way, Jessie & I are now husband & wife! We were married in a private ceremony in Milan, Italy on April 23rd.’

The wedding made the front page of Detroit News along with Welburn’s celebration of his father’s 100th birthday.