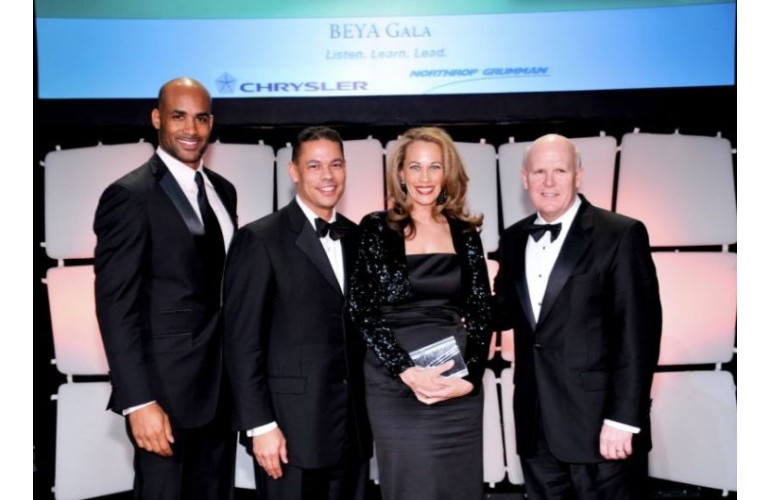 “Lloyd Howell is a force for change,” said a Booz Allen executive vice president. “In addition to a coaching role with youth, he serves on the board of the United Negro College Fund, has led important pro bono engagements for Lincoln University, and leads Management Leadership for Tomorrow, among others.”

Last May, Howell was appointed executive vice president and the chief financial officer and treasurer of Booz Allen Hamilton, bringing to the CFO position more than 24 years of leadership in operations and planning experience.

Howell joined Booz Allen in 1988 as a consultant, and provided systems engineering support to multiple Department of Defense satellite programs.

In 1991, he left the firm to obtain his MBA and worked for Goldman Sachs in its Investment Banking Division.

In 1995, Howell returned to Booz Allen where he became a member of the Strategy and Organization capability team focused on defense clients. He was named a Partner in 2000 and served as a capability leader from 2005 to 2009. Howell then served as the client service officer of the financial services account in the civil market.

In addition to the Integra LifeSciences board, he serves on the boards of the Committee for Economic Development, Partnership for Public Service, Capital Partners for Education, Washington Economics Club, the University of Pennsylvania Engineering School and St. Albans School.

His previous board affiliations included the United Negro College Fund, Children’s National Medical Center and Friends of the National Zoo. In 2010 he received the Black Engineer of the Year Award for Professional Achievement in Industry.

Howell holds a Bachelor of Science in Electrical Engineering from the University of Pennsylvania and an MBA from Harvard University.