Why Aren’t There More Women in Computer Science? 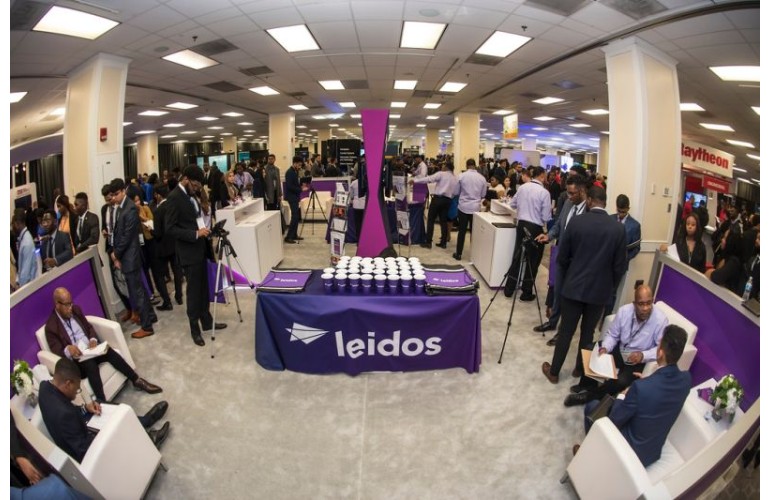 Ursel D. Allen (center) is one of only  26% percent of women working in computer science-related professions. She is a systems engineering manager at Leidos, which is an information technology and biomedical research company based in Virginia.

Presently, Ursel is the cost account manager for a $47 million budget. As the project manager, she oversees the integration of human resource applications and systems for a national security agency. As the systems engineering manager, she leads a team of 26 data warehouse and reporting systems engineers.

This February, Ursel won the Stephanie C. Hill Legacy Award at the BEYA Conference. Since joining Lockheed Martin in 1987 as a software engineer, Stephanie Hill has held a number of positions of increasing responsibility in information systems, corporate strategy, and business development. Hill earned a Bachelor of Science degree in Computer Science and Economics from the University of Maryland.

Ursel received her bachelor’s degree in Computer Information Systems from Hampton University. During her 22-year career,  she has held various positions in system administration, business operations, cyber- and network administration.

Ursel was the first in her family to graduate from a four-year college. While cultivating her early career and pursuing a graduate degree in management and technology from Rensselaer Polytechnic Institute, she faced a few obstacles as a single mother. On many occasions, she would bring her young son to the office when she needed to work late.

According to Computer Science dot org, the computer science field is trying to appeal more to female employees by moving toward better work-life balance for working moms.

Recognize a woman you know in computer science. Nominations are now open for the Black Engineer of the Year Awards (BEYA). The deadline is August 31st. Click here to apply.