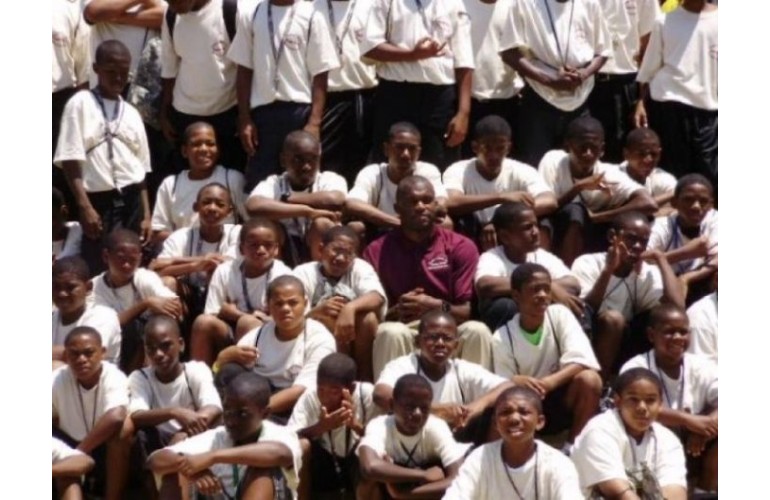 Myron Rolle had big dreams growing up in Galloway Township, New Jersey. He wanted to play in the NFL, go to medical school, be a neurosurgeon, and then set up a foundation that brings medical care to the poor.

If it all seemed like a tall order, Myron, who turns 31 this October, has shown dreams do come true.

In 2010 he was drafted by the Tennessee Titans and played college football at Florida State. There, he attended the Florida State University College of Medicine and was awarded a Rhodes scholarship that year to earn a master’s degree in medical anthropology.

Rhodes Scholarships are the most celebrated fellowship awards in the world. Each year 32 students from the United States are selected as Rhodes Scholars, representing the 50 states, the District of Columbia, and the U.S. territories. Rhodes Scholars are chosen not only for their outstanding scholarly achievements, but for their character, commitment to others and to the common good, and for their potential for leadership in whatever domains their careers may lead.

On Match Day, which fell on March 17 this year, when medical school students and graduates learn the location and specialty of the U.S. residency programs where they will train for the next three to seven years, Myron chalked up another life-changing event.

“Seven years of neurosurgery is a big deal, something I wanted for a long time, really excited about it. Today is just great, it’s remarkable,” Rolle told WCTV in Tallahassee. “Saving lives and helping people live a better life, that’s going to make life worth living.”