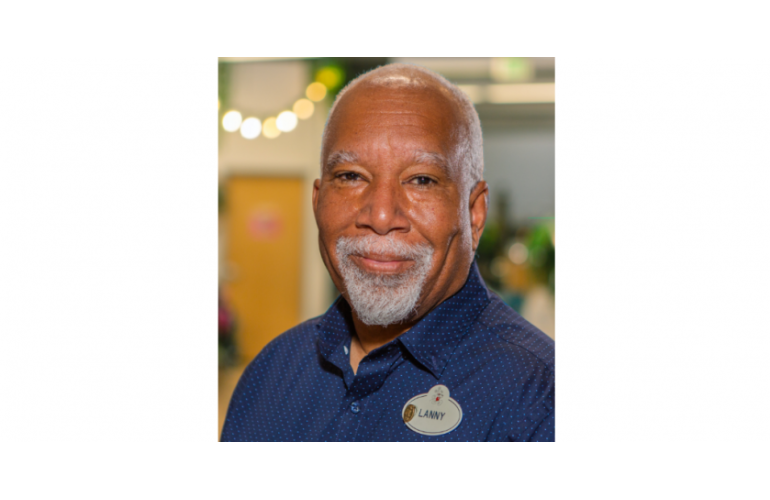 Lanny Smoot was one of the first winners of the “Most Promising Engineer Award” at the Black Engineer of the Year Awards (BEYA). In the fall of 2019, he gave a wide-ranging interview to US Black Engineer magazine. The 1987 BEYA winner spoke about his award, which still sits on his work desk, as well as the rewards of engineering as a career over the last three decades. This August, Disney announced that Lanny had received his 100th patent.

Lanny has invented and patented many forward-looking technologies that allow The Walt Disney Company and, ultimately, the theatrical community at large to create new magic, illusions, and entertainment. With more than 100 patents to his name, he is Disney’s most prolific inventor.

Before Disney, Lanny worked at AT&T Bell Laboratories and then at Bell Communications Research (Bellcore). Some of his achievements at the time included leading a research group responsible for a system that allowed several channels of high-quality digital video information to be distributed via optical fiber to telecommunication subscribers. Lanny earned several patent applications for new ways of solving traffic tie-ups in high-speed self-routing packet switches that send data through a network, much as one would send a letter through a public mail system.

Today, seventy-five of Lanny’s patents are from his research and inventions at Disney. (All Photos ©Disney). Lanny’s work can be seen throughout Disney’s theme parks and resorts. Some of his favorite patents and innovations while working at Disney include:

Lanny’s more futuristic inventions haven’t yet found a home in Disney parks and resorts including patents for new ride systems and 3D displays where you don’t need to wear 3D glasses. Coming to the Walt Disney World Resort in spring 2022 is the extendable lightsaber and the lightsaber training experience, both of which will be a part of the Star Wars: Galactic Starcruiser multi-day experience.

Lanny has spent 42 years as a theatrical technology creator, inventor, electrical engineer, scientist, and researcher — with 22 of those years at The Walt Disney Company. He joined Walt Disney Imagineering as the head of its research and development (R&D) site in East Hampton, NY, and moved with the rest of that group to the Los Angeles Imagineering R&D headquarters a few years later. Subsequently, he joined Disney Research (the most forward-looking part of Research & Development) and became a Disney Research Fellow in 2014.

Throughout his career, Lanny has received many honors.  Most recently, he was named a 2020 TEA Master by the Themed Entertainment Association (TEA), which recognized his 40+ years of excellence in theatrical technology.

It has also been announced that Lanny will be featured as part of the “Breaking Barriers: Honoring Extraordinary Black Inventors”  exhibit at the National Inventors Hall of Fame (NIHF) Museum in the United States Patent and Trademark Office (USPTO) headquarters. The NIHF exhibit is being presented in partnership with the USPTO and the Black Inventors Hall of Fame, a virtual museum that seeks to immortalize the genius of innovation in the African American community.

Lanny has mentored dozens of young people, almost all of whom have gone on to successful careers at The Walt Disney Company and elsewhere. He has often spoken to students from university-level to grade schools to encourage young people, especially people of color, to consider careers in the sciences and themed entertainment. Lanny earned both a bachelor’s and master’s degrees in electrical engineering from Columbia University.