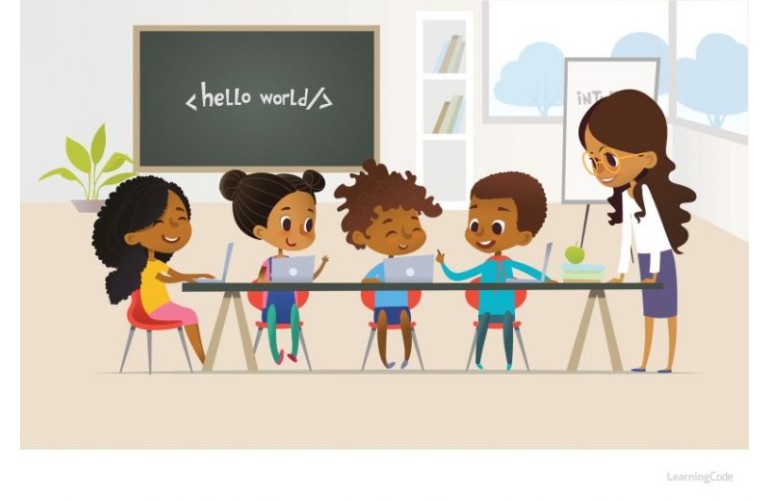 Part of what made the Apple Mac great was that the people working on it were musicians, poets, artists, zoologists, and historians said Steve Jobs.

“They also happened to be the best computer scientists in the world,” he added.

According to one analysis by the National Association of Colleges and Employers, graduates with computer science degrees earn the second highest starting salaries (just after mechatronic engineering graduates).

A Georgetown University Center for Education and the Workforce Report on STEM found computer occupations are the most widely represented across industries.

Historically black colleges and universities graduate approximately 20% of all black students with computer science degrees every year, but diversity reports from the top tech companies continue to find that fewer than 5% of their workforce is black.

Five years ago, hackathons popped up across the country at black colleges and young people flocked to them, said Frank McCoy who covered the event for USBE.

Hackathons bring together coders and designers to create software. For some students, this was their first time coding.

“Coding is very important when you think about the future, where everything is going,” NBA All-star Chris Bosh told Code.org. “With more phones and tablets and computers being made, and more people having access to everything and information being shared, I think it’s very important to be able to learn coding and programming.”

Code.org is a non-profit dedicated to expanding access to computer science and increasing participation by women and underrepresented minorities.Their vision is that every student in every school should have the opportunity to learn computer science, just like biology, chemistry or algebra.

Code.org organizes the annual Hour of Code campaign which has engaged 10% of all students in the world and provides the leading curriculum for K-12 computer science in the largest school districts in the United States.

Click here to check the latest ranking of the best computer science schools in the United States on HBCU-college dot com: