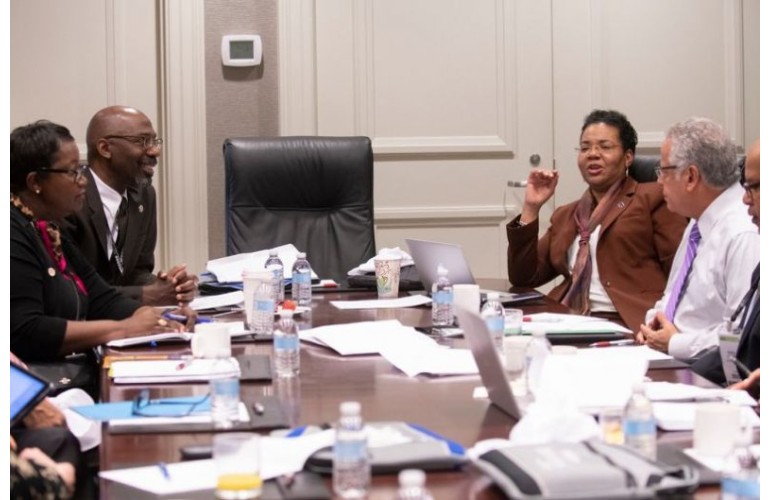 Dr. Coger, who has served as engineering dean at North Carolina A&T State since 2011, is chair of the Council of Engineering Deans of Historically Black Colleges and Universities, which co-hosts the annual BEYA STEM Conference.

On April 4, the Triad Business Journal, a metro business weekly focused on North Carolina’s Greensboro, Winston-Salem, and High Point areas, named Dr. Coger to its ‘Outstanding Women in Business’ class of 2019. The dean was nominated for producing “more African American engineers than any other campus across the United States and that is also consistently among the top three campuses in the production of African American women engineers.”

The challenge tasked competitors to use unmanned aerial systems (UAS) to work during wildfire outbreaks to react to the dynamic changes of wildfire to minimize damage and save lives.

“The second-place finish highlights the role of the Autonomous Control and Information Technology (ACIT) Institute and the Testing, Evaluation, and Control of Heterogeneous Large-Scale Systems of Autonomous Vehicles center in the College of Engineering at North Carolina A&T as a premier institute for excellence in UAS and autonomous research,” the college said in a statement.

Dr. Abbie Homaifar, a 2018 HBCU Innovations Award winner, is ACIT’s director and served as team leader of the challenge. He said the team’s achievement is a testimonial to how the talent and guidance at NC A&T is abreast with the industry and other renowned research universities across the nation.