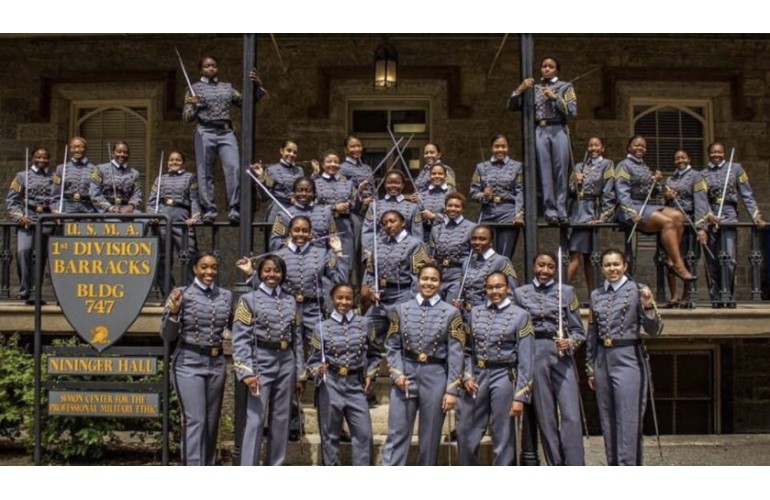 So many college graduation stories are making headline news in 2019 and so many photos and videos have gone viral on the Internet.

At the United States Military Academy in West Point, New York, 34 black female cadets are part of the most diverse class in the service academy’s history.

Jabreal Arrington, one of the West Point graduating cadets, called it  “an overwhelming feeling”  in an interview with NBC Nightly News posted on YouTube.

Black women made up less than 4 percent of the more than 900 students that graduated in 2019.

Tiffany Welch-Baker and Bria Erron recalled moments when they struggled in a male-dominated environment.

“Every time I step into a new class, I count and I’m like “It’s just me today,” Arrington told NBC.

Their fellow classmates who were also interviewed in the news clip said they looked forward to “different perspectives” in the U.S.Army.

Welch-Baker said she hopes young girls can see themselves reflected in the successful West Point graduates.

“I want women to be soldiers,” she said. “I want these little black girls to say ‘hey, I can do it too.’ I have the strength to defy the odds.”

“Their families must be so very proud, too‼️ They will graduate, DEBT FREE, because they will serve our country for 8 years! Look for them in very high powered positions as CEO’s, PROFESSORS, DR’s, JAG’s, Politicians; Yes-EVEN POTUS/VPOTUS one day.”

Last July, Lt. Gen Darryl Williams was installed as the 60th Superintendent of the U.S. Military Academy at West Point, the first African American to hold this position.