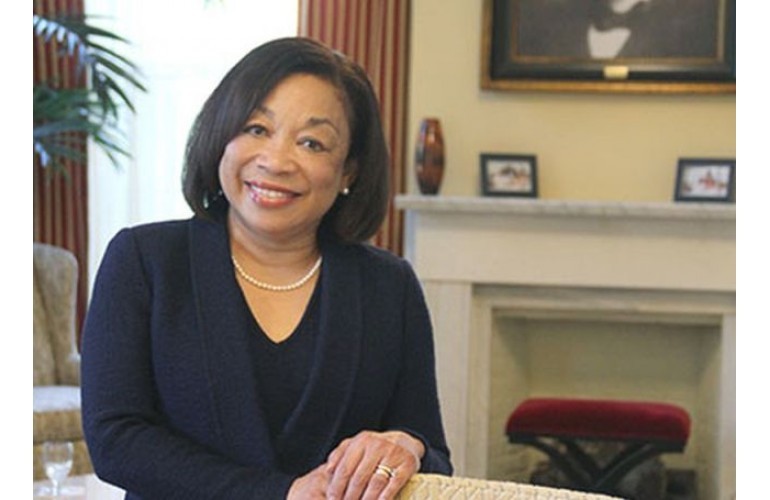 The inauguration of Dr. Lily D. McNair as the first female and eighth president of Tuskegee University will be the highlight of a week-long celebration in Tuskegee and Montgomery during Women’s History Month.

Since Tuskegee University’s founding in 1881, it has been under the leadership of seven presidents — the first of which was Booker T. Washington, who led the institution from 1881 to 1915. Dr. McNair will serve as the first female president of the institution in its 136-year history.

The investiture of the new university president on Friday, March 15 will take place at Gen. Daniel “Chappie” James Arena, Tuskegee University. James was a Tuskegee Institute alumnus and an American fighter pilot during World War II. He became the first African American to reach the rank of four-star general.

Friday’s Inaugural Convocation and Investiture will include delegates in academic regalia from other historically black colleges and universities (HBCUs) as well as the institution’s own faculty. The ceremony will feature symbolic university traditions, music, and an inauguration address delivered by the new president.

Dr. McNair was officially named president on May 8, 2018, after a six-month national search that began in the fall of 2017.  She took office on July 1.

“I am honored to serve as the eighth president of Tuskegee University,” she said last year. “The historic contributions of the university’s students, faculty and alumni are well known and valued throughout the nation. I very much look forward to building on the legacy of my predecessors so that Tuskegee University will ascend to even greater heights in the years to come.”

“When we launched our presidential search, our goal was to identify someone who could champion both Tuskegee’s historic legacy and her place in the future of higher education,” said John E. Page, chair of Tuskegee’s Board of Trustees. “Our board of trustees is confident Dr. McNair brings to Tuskegee the precise skill set required to ensure we continue thriving as one of the nation’s leading HBCUs.