Lt. Gen. Bruce Crawford, 2020 Black Engineer of the Year, retires from the Army 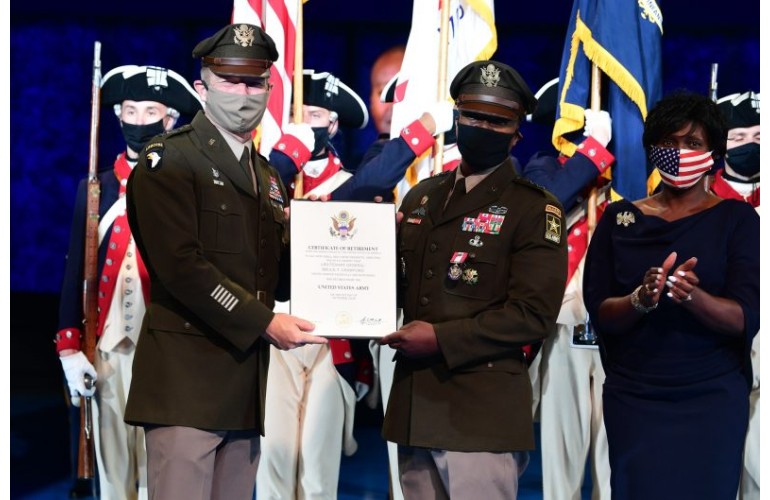 Lieutenant General Bruce T. Crawford has ended a storied career in the U. S. Army, retiring in a time-honored military ceremony after 34 years of distinguished service.

On LinkedIn, one of the government organizations responsible for developing state-of-the-art equipment for the Army sent “heartfelt THANKS” to the technology chief in the Office of the Army Chief Information Officer/G-6.

“Lt. Gen. Crawford has been instrumental in the Army’s goal of network modernization,” they wrote. “Sir, thank you for your service and leadership, and best wishes for a happy retirement!”

“As you join the ranks of us “old soldiers” you’ll have time to reflect on great accomplishments as well as those who have touched you along the way,” wrote  one director of business development, responsible for a suite of electronic products to link equipment to combat vehicles across the armed services and to satisfy interconnection requirements for federal agencies.

Lt. Gen. Crawford was honored as the 2020 Black Engineer of the Year  for his efforts to mentor the next generation of American scientists, technologists, and engineers.

The 24th Secretary of the Army Ryan D. McCarthy and the 40th Chief of Staff of the Army Gen. James C. McConville (seen in retirement photo above) presented Lt. Gen. Crawford with the Black Engineer of the Year Award during the 34th annual BEYA gala in Washington D.C.