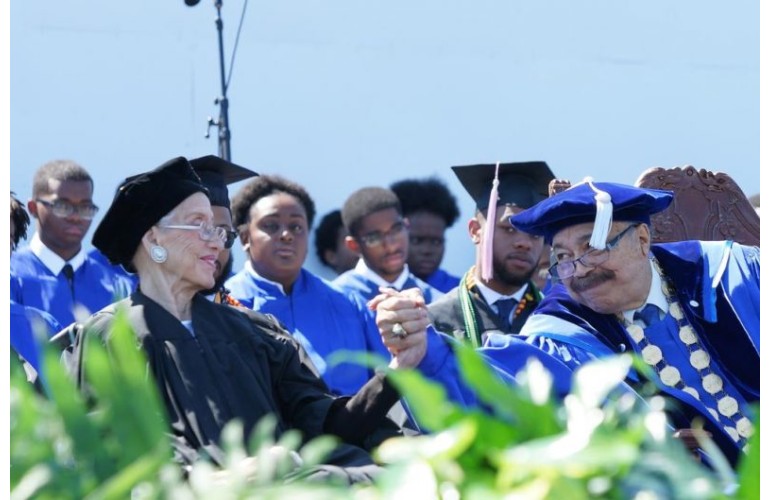 Last August, NASA marked the 101st birthday of American icon Katherine Johnson by giving a nod to slide rules and pencils she used to help launch the nation’s space program. Yesterday, the agency released a statement from Administrator Jim Bridenstine on the passing of the legendary mathematician, who worked for the agency from 1953 to 1986.

“NASA is deeply saddened by the loss of a leader from our pioneering days, and we send our deepest condolences to the family of Katherine Johnson,” the statement said. “Ms. Johnson helped our nation enlarge the frontiers of space even as she made huge strides that also opened doors for women and people of color in the universal human quest to explore space. Her dedication and skill as a mathematician helped put humans on the moon and before that made it possible for our astronauts to take the first steps in space that we now follow on a journey to Mars. Her Presidential Medal of Freedom was a well-deserved recognition.

“This is history folks, and I am so grateful to have been a part of it,” Vann wrote.

Read the article about Katherine Johnson, which was first published in US Black Engineer and Information Technology magazine, April 1997.