New| from a Black Engineer of the Year | The Empowered University 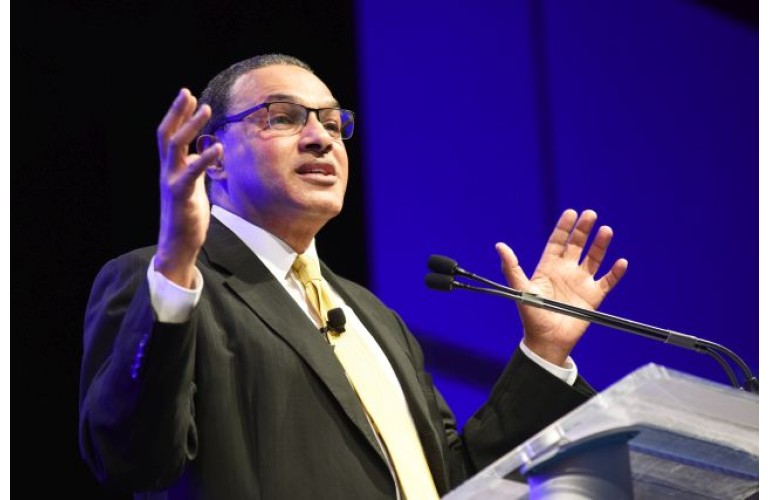 According to LaVeist, who then worked at the Johns Hopkins School of Public Health in Baltimore, the book offered insights into Dr. Hrabowski’s life and how the lessons he learned as a child would inspire him to lead a little-known college in suburban Baltimore to national prominence.

“Part memoir and part how-to, the book offered a riveting account of his childhood,” wrote LaVeist. “Participants in the Civil Rights Movement dreamed of a brighter future, where the nation would live up to the ideals expressed in its founding declaration. The ‘doing’ came through placing their lives on the line in support of that dream… He held fast to both, creating opportunities for future generations to embrace scholastic excellence in the sciences, a manifestation of battles won a generation ago,” LaVeist said.

When Dr. Hrabowski arrived at The University of Maryland, Baltimore County (UMBC), he found a university that was failing in its responsibility to nurture and educate its African American students, LaVeist noted. “He dreamed that UMBC could do better and set out to make it so – dreaming and doing.”

In Hrabowski’s most recent book, ‘The Empowered University’ published by Johns Hopkins University Press, we get another peek into the mind of one of the nation’s leading educators.

According to Colleen Flaherty, who covers faculty issues for Inside Higher Ed, ‘The Empowered University’ is “based on notes from months of campus focus groups about what UMBC is doing right and where it can improve.”

The book is co-written with Philip J. Rous, provost, and Peter H. Henderson, senior adviser to Hrabowski at UMBC.

“The university has made huge strides in promoting a culture of inclusive excellence, especially in the natural sciences and engineering,” writes Flaherty. “It has been among the leading producers of biology and chemistry bachelor’s degrees. It has a slew of scholars’ programs and collaborates closely with local community colleges not just on the transfer experience but on building a consistent college experience. But now Hrabowski wants that lower-performing one-third of students to excel, too.”

Freeman A. Hrabowski, the 2013 Black Engineer of The Year has been president of the University of Maryland, Baltimore County (UMBC) for more than 25 years. Hrabowski is widely celebrated for his work with educators, research agencies, philanthropists, and other partners to make UMBC a model for increasing diversity in science, technology, engineering, and math (STEM).