‘We will get through this,” says Nation’s Doctor: Dr. Jerome Adams 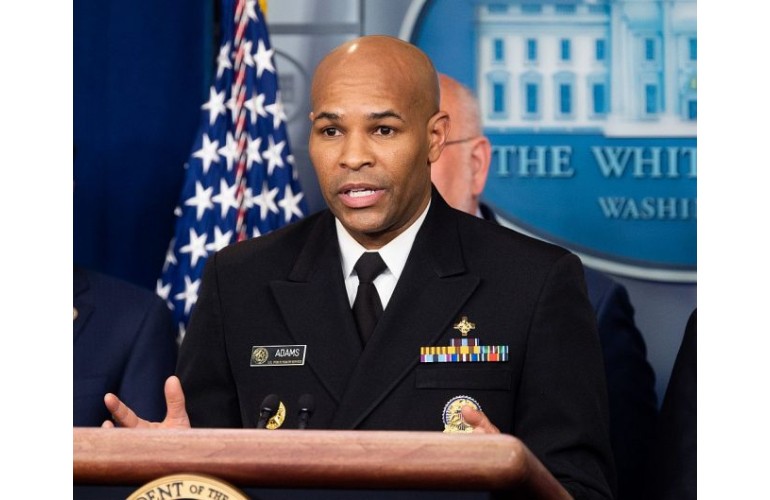 No doubt about it, COVID is on the mind of the United States Surgeon General. Speaking on television Tuesday, Dr. Jerome Adams indicated there were green shoots of hope. “The mitigation is working,” Dr. Adams said. “It tells us social distancing, practicing good hygiene, and the 30-day guidelines for America are effective and will help us get to the other side of this unfortunate tragedy.”

As the country rallies against the coronavirus disease, Dr. Adams said the government will do two million COVID-19 testings this week. The surgeon general added that by the end of the month there will be diagnostic and surveillance testing across the country. The industry is also on board with antibody testing.

According to the medical community, there are tests that check the blood for antibodies — providing confirmation of infection and possible protection. And then there are diagnostic tests that confirm whether someone has an active infection, which could be useful to form better estimates of the scale of infection and the death rate of the virus.

Speaking on the death rate of blacks and ethnic minorities, the surgeon general said the CDC is tracking the disease demographically.

“Long before COVID-19, my office has been talking about health equity,” Dr. Adams said. “Blacks are more likely to have diabetes, heart disease, lung disease, and I’ve shared myself, personally, that I have high blood pressure, that I have heart disease, asthma, and I’m pre-diabetic. I represent that legacy of growing up poor in America and I and many black Americans are at higher risk for COVID.”

The surgeon general said whether we are white, black, brown or yellow, wearing a face mask will help protect ourselves and each other.

“We will get through this,” he said.

As the No. 1 doctor in the United States, Dr. Adams gives Americans the best scientific information available on how to improve their health and reduce the risk of illness and injury.

“Dr. Jerome Adams distinguished himself as an anesthesiologist at Eskenazi Hospital in Indianapolis, which serves our most vulnerable citizens, and as a clinical associate professor of anesthesiology at Indiana University,” Vice President Pence said on his appointment.

As Indiana health commissioner from 2014 to 2017, Adams dealt with infant mortality in high-risk areas and the opioid-fueled-HIV/AIDS epidemic in rural areas.

Jerome Adams’s father, who is a U.S. military veteran and retired tech Maryland teacher, said that one experience that might have left a lasting impression on his son was going to hospital twenty-two times in one year because of his childhood asthma attacks.

Another experience that served as an inspiration was the Ebola virus outbreak in Zimbabwe. Adams did research in the southern African country as a biochemistry student attached to the Meyerhoff Scholars Program at the University of Maryland, Baltimore County (UMBC).