Why Leland D. Melvin doesn’t let disability get in the way 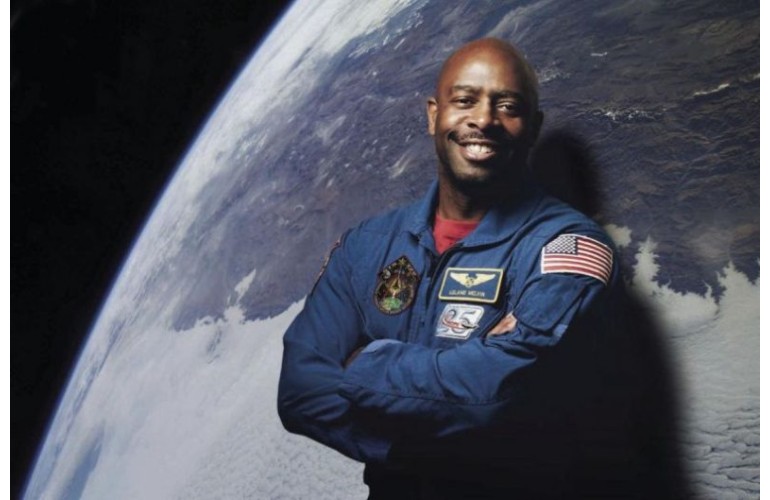 The only person drafted into the National Football League to have ever flown in space, Melvin grew up wanting to be a tennis player like Arthur Ashe, the first black man ever to win the singles title at Wimbledon, the US Open, and the Australian Open.

A Lynchburg, Virginia native, Melvin would later attend the University of Richmond on a football scholarship. He served as wide receiver and was drafted by the Detroit Lions, but an injured hamstring cut short his football career.

Melvin was selected as an astronaut in 1998. Since hanging up his space boots, he has served as head of education at NASA, co-chair on the White House’s Federal Coordination in Science, Technology, Engineering, and Mathematics Education Task Force, and the United States representative and chair of the International Space Education Board, a global collaboration on learning about space.

On  July 19, Melvin will co-host  “Out of This World — A Celebration on the 50th Anniversary of the Moon Landing,”
with the San Francisco Symphony in works reflecting humankind’s fascination with space. Musical selections include Debussy’s Clair de lune; Michael Giacchino’s “Star Trek: Into Darkness”; and John Williams’ “Main Title” from Star Wars.

Melvin uses his experience as an athlete, astronaut, scientist, engineer, photographer, and musician to help inspire the next generation of space explorers.