Becoming An Engineer: Most Promising Engineer in Industry 2020 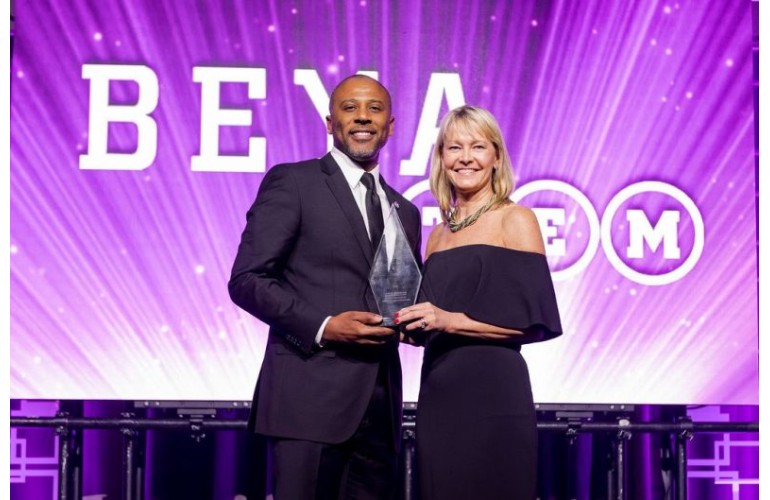 One of the most prestigious category awards presented at the BEYA gala during the annual STEM Conference is the Most Promising Engineer Award. The award has been presented since 1987, when Lanny Smoot won as a young engineer at Bell Communications Research, Inc. or Bellcore.

Thirty years on, Smoot serves as a Research Fellow at Disney Research, one of a select group that can pursue their ideas wherever they might lead.

This February, Julie G. Duffy, executive vice president for human resources at Textron, known around the world for its brands such as Bell Helicopter and Cessna, presented Dr. Mark McKelvin with the Most Promising Engineer in Industry Award.

McKelvin is a senior engineering specialist at The Aerospace Corporation. He was nominated by the California-based corporation, which operates a federally funded research and development center, for showing tremendous potential for future technical contributions and advancement.

McKelvin leads The Aerospace Corporation and its customers in the newly emerging and rapidly changing arena of model-based systems engineering. This evolving technical field is an enabler for the transformation of systems engineering being applied to national space and ground systems programs with huge potential improvements in efficiency of the programs.

“Challenges have brought me to this moment,” McKelvin said in his acceptance speech. “Our single mom raised my two younger brothers and me in rural Georgia, where STEM opportunities were severely limited. But a high school guidance counselor provided me an application to attend a summer STEM program at Clark Atlanta University that led to a full fellowship to attend CAU for my engineering degree,” he said.

But transitioning from Clark Atlanta University to the University of California Berkeley, where he earned his Ph.D. had its own difficulties. Plus, he said, he faces daily challenges in his career.

McKelvin credited his success to mentors who believed in him; his family, and friends, for the ability to find a way or make one, and the will to get back up when he fell.

In a 2019 interview with USBE magazine, Smoot said he tries to do as much as he can to get young people interested in science and technologies that make the world work. He said parents must understand that their children can do anything. “Your children are the future and will build the new world we’re going into,” he advised. “You only get good at something by doing it,” he said.