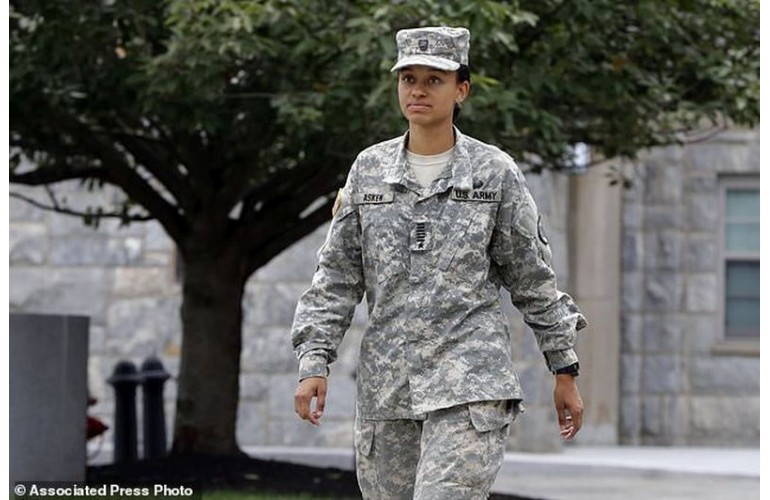 The Rhodes Trust announced the names of 32 Americans chosen as Rhodes Scholars this weekend.

“This year’s selections reflect the rich diversity of America. It includes, among others, ten African-Americans, the most ever elected in a U.S. Rhodes class,” said Elliot F. Gerson, American Secretary of the Rhodes Trust.

One of them is Cadet Simone Askew, recipient of the Black Engineer of the Year Award for Military Leadership.

She is the first African American female in the 215-year history of the Academy to hold this post.

Lauded for her leadership abilities, she received the Pinnacle Award from the Black Women’s Agenda in Washington, D.C. Her undergraduate thesis focused on the use of rape as a tool of genocide and mass atrocity. At Oxford, she will read for an M.Sc. in Evidence-Based Social Intervention.

The Rhodes Trust, based at the University of Oxford, brings together and develops exceptional people from all over the world, in all fields of study, who are impatient with the way things are and have the courage to act.

Rhodes Scholarships provide all expenses for two or three years of study at the University of
Oxford in England.

The first class of American Rhodes Scholars entered Oxford in 1904; those elected today will enter Oxford in October 2018.

Since 1976, women have been eligible to apply and 546 American women have now won the coveted scholarship. Nearly 2,000 American Rhodes Scholars are living in all parts of the U.S. and abroad.

Gerson said, “a Rhodes Scholar should show great promise of leadership. In short, we seek outstanding young men and women of intellect, character, leadership, and commitment to service.”

The total value of the Scholarship averages approximately US$68,000 per year.

Click here to read the full list of the newly elected United States Rhodes Scholars, with the states from which they were chosen, their hometowns, and their American colleges or universities.