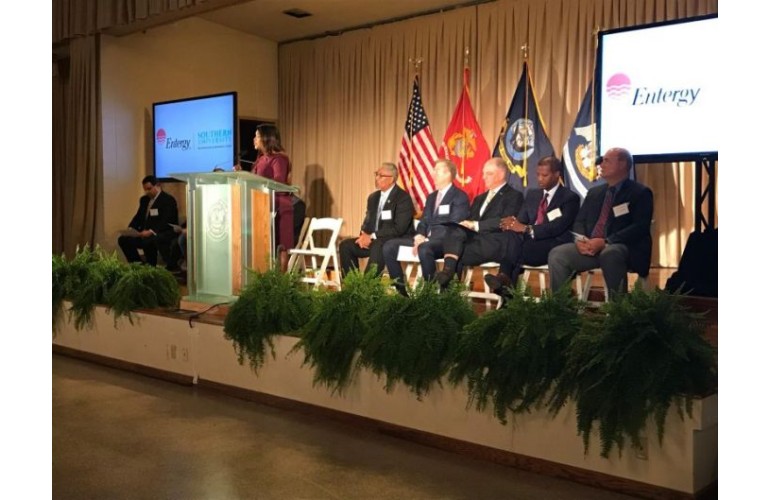 The top producer of black engineers in Louisiana has partnered to develop next-generation engineers.

Southern University and A&M College’s engineering department will support classroom and lab improvements, as well as create internship and mentoring programs, with a $2 million grant from Entergy Corp.

“As career opportunities continue to grow in the STEM fields, it is necessary that we prepare students to meet the needs of employers,” the governor said. “The long-standing partnership between Entergy and Southern University is a blueprint for both industry and higher education.”

Last spring, Entergy Corporation ranked as a ‘Gold Industry’ supporter in USBE magazine’s top supporters list. More than 300 employers were featured in tiers based on how many times they appeared on the list: Diamond (14 annual appearances), Platinum (13-9), Gold (8-6), Silver (5-3), and Bronze (2-1).

Over the past five years, Entergy Corp. has contributed more than $2.3 million to black colleges and universities in the company’s service territory.

“Entergy has a history of working with universities within the Gulf South to develop employees that can support economic development across the region as well as Entergy’s internal long-term workforce needs,” Denault said.

The president and CEO of Entergy Louisiana, Phillip May, said their diverse and talented workforce includes some of the best and brightest engineers.

“We are committed to supporting programs that will help develop and enhance the next generation of engineering innovators,” he said.

Entergy has more than 13,000 employees and hopes to play a key role in keeping talented graduates employed in the region.